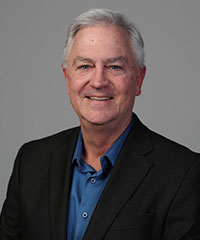 Dr. Thomas Hibbs returns to his alma mater as the first alumnus to serve as president of the University of Dallas, where he received his B.A. in English (’82) and M.A. in philosophy (’83). He completed his M.M.S. and Ph.D. at the University of Notre Dame.

From 2003 to 2019, Dr. Hibbs was dean of the Honors College and distinguished professor of ethics and culture at Baylor University. Baylor has honored him with the title Dean Emeritus. Dr. Hibbs also directed Baylor in Washington, D.C. Prior to this appointment at Baylor, Hibbs was Full Professor and Chair of the Philosophy Department at Boston College and, prior to that, a tutor at Thomas Aquinas College.

During his career Dr. Hibbs has published more than 30 scholarly articles and has written, edited or provided introductions for 12 books, including three on the thought of Thomas Aquinas. His most recent book is Wagering on an Ironic God: Pascal on Philosophy and Faith (Baylor University Press, 2017).

Called upon regularly to comment on film and popular culture, he has published more than 100 reviews and articles on film, theater, art and higher education in First Things, The Dallas Morning News, The Chronicle of Higher Education, The New Atlantis, The Wall Street Journal and National Review, among others. He has appeared on radio, including nationally syndicated NPR shows, more than 100 times.

In 2010, Dr. Hibbs received the American Maritain Association Scholarly Excellence Award. He was a faculty mentor for the Lilly Graduate Fellows Program from 2013-2016 and is past president of the American Catholic Philosophical Association (2017).

The Hibbs have three children, two of whom are Baylor alumni and one who currently attends Baylor.