The Pursuit of Justice 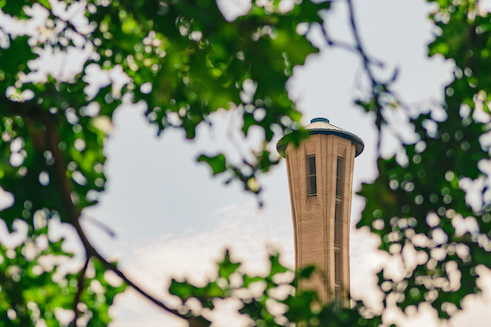 Like all of you, I have seen the horrific video of George Floyd’s death at the hands of a Minneapolis police officer. Issues of race, racism and policing once again ignite our country. Once again we are engulfed in even more violence. As a Catholic university devoted to the love and pursuit of truth and justice, these issues are of the gravest concern to the entire University of Dallas community.

A few years ago, I organized and led an event in Washington, D.C.,called “Violence, Faith and Policing in Baltimore.” The event was in response to the death of Freddie Gray while in the custody of the Baltimore Police Department. Panel participants included Baltimore Archbishop William Lori; Dr. Sheridan Todd Yeary, the pastor of an African-American Baptist Church in Baltimore; and then-Baltimore Police Commissioner Kevin Davis.

Davis, who had been appointed in the aftermath of Gray’s death, spoke about how he and other church leaders had worked to overcome divisions between the police and community. He asked, "How do we get back to entering this vocation with a stronger intent to serve and to police communities consistent with their values and not our values?" He added, "When we impose our will and do so unilaterally in places like Baltimore, Philadelphia, Chicago, New Orleans, and elsewhere, we will inevitably experience moments like April and May of 2015 in Baltimore. Our profession realizes we have to find a different way forward."

The path forward, he concluded, will "begin and end with relationships with the faith community." You can read more about the event in this article — How Cops and Clergy Are Working Together in Baltimore. That collaboration remains under-explored as a resource for overcoming entrenched division and mistrust.

I have been thinking about that event in recent days as we have watched America once again erupt in violence in the wake of the death of George Floyd at the hands of brutal police treatment. I remain struck by Commissioner Davis’ use of the term “vocation” to describe police work and his assertion that faith and relationships with the faith community are the way forward.

One of the University of Dallas events I was scheduled to lead this spring was a panel called “On Race, Racism and the Gospel.” The event, which had to be postponed due to COVID-19, was to feature Diocese of Brownsville Bishop Dan Flores and Pastor Michael Evans from Bethlehem Baptist Church, an African-American Church in the DFW area. A robust discussion of these issues would have been timely, and I look forward to hosting this event as soon as possible.

In addition to faith, education provides a path forward.

The University of Dallas is an institution that affirms W.E.B. DuBois’ understanding of liberal education as pondering the “riddle of existence.” Indeed, DuBois’ chapter “On the Wings of Atalanta” in The Souls of Black Folk is among the most eloquent defenses of liberal education ever written by an American.

DuBois was heavily influenced by Frederick Douglass. His brilliant Narrative of a Life — a text taught in UD’s American Civilization class — contains one of the most compelling reflections on the liberating power of education.

Going further back in the history of UD, Louise Cowan, who more than anyone else is responsible for UD’s Core Curriculum, turned regularly to the texts of Toni Morrison. Just last fall, UD hosted a lecture on “Toni Morrison’s Prophetic Vision” by Dr. Kathleen Marks, a UD alumna and student of Dr. Cowan.

These are authors and texts that challenge us to rethink basic assumptions about the most important questions.
We should return to them often.

Let us draw upon these sources as well as the resources of our faith in our active pursuit of truth and justice. Part of our calling as members of the Catholic Church, the Church Universal, is the responsibility to redouble our efforts, in both prayer and action, for an end to racism, and peace among all God’s peoples.