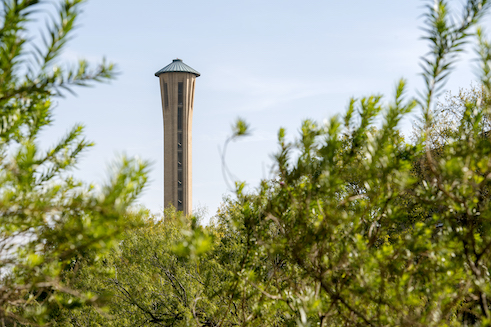 July 1 marks my one-year anniversary serving as president of the University of Dallas. As I look back on my first day in office, I am grateful for the support I’ve received from all corners of the UD community and look forward to many years ahead of working together.

One area worthy of special mention is the generous financial support you’ve shown. Total cash gifts received in the 2019-20 fiscal year were over 24% higher than received in the previous fiscal year. As our Vice President for University Advancement, Jason Wu Trujillo, notes in this story, this increase came during a time of a global health, financial and employment crisis. This is a remarkable testament to the generosity of our alumni and friends.

Much of the growth in received revenue flowed from Jason’s and my focus on raising money for new endowed funds. From 1956 to 2019, the University of Dallas established an average of 1.2 new endowments per year. In the 2019-20 fiscal year, we established 16 such endowments.

Most of these new endowments are scholarships named for long-serving and much-beloved faculty members. You can see a partial list of endowed scholarships here. The publicity surrounding the new endowments established this year centered around in-person ceremonies, which were halted due to COVID-19, but we will resume those ceremonies when we can.

I’d also like to thank all those who gave generously to the COVID-19 Emergency Relief Fund. The students who received emergency funds are enormously grateful for your generosity, as am I.

July 1 also marks the appointment of David Andrews, Ph.D., BS ’90, as the interim dean of Constantin College. Dr. Andrews has been on the mathematics faculty for 22 years. For those of you who have not yet met Dr. Andrews, you can get a sense of his passion for teaching and his personality in this video and this article.

This year marks the 50th anniversary of the Rome Program. Rome is the central feature of this summer’s Tower magazine, which will be arriving in mid-July. I hope you take the time to read the cover story highlighting this milestone in UD’s history and the transformative impact Rome has had on generations of UD students.

We continue to focus on the universitywide response to COVID-19. The COVID Implementation Committee has been meeting daily to review a wide array of policies and practices.

I have already announced a modified fall semester, which will begin early and end just before Thanksgiving. This modified schedule will avoid having students travel to all parts of the country over Thanksgiving only to return to campus to finish the final week of classes and take exams.

After consulting with our local health officials, it has become clear that avoiding large public gatherings on campus this fall would be prudent and may indeed be mandated. Because of that guidance, we have made the very difficult decision to postpone Alumni and Family Weekend and Commencement, which were both scheduled for October. It goes without saying that this is dispiriting news for all of us, but most especially for the Class of 2020, who were looking forward to coming together to celebrate their accomplishments, and the many alumni who were looking forward to celebrating their reunions.

Commencement for spring 2020 graduates will be held in December along with the existing Winter Commencement, which is typically held only for the Gupta College of Business. I do not know yet exactly how or when we will celebrate Alumni and Family Weekend, but I wanted to communicate this difficult decision as soon as possible. There are many crosses we have all had to bear during the past few months, but I remain hopeful that we will emerge on the other side of this pandemic having shown great resilience and fortitude.

Hope, justice and charity are the themes of a video series of three Presidential Conversations that I have recently held. The first of these, “Pursuing Justice with Hope and Courage,” was conducted with Auxiliary Bishop Robert Barron of the Archdiocese of Los Angeles, founder of Word on Fire Catholic Ministries. You can watch my conversation with Bishop Barron here.

The second in this series, “Made in God’s Image: A Catholic Vision of Difference and Unity” with Bishop of Brownsville Daniel E. Flores, BA ’83 MDiv ’87, will be released on Friday, July 10. The third, “Building a Civilization of Love and Justice in Times of Division,” with Louis Brown, the executive director at Christ Medicus Foundation and Montse Alvarado, VP and executive director at Becket, will be released on Friday, July 24.