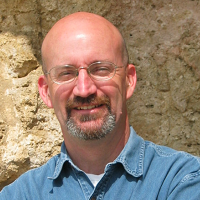 Greg Roper, Ph.D. has interests in Middle English literature, rhetoric and composition, literary theory, and pedagogy. He has published essays on Medieval penitential manuals and their influence on late Medieval literature, on the Canterbury Tales, and on teaching survey courses and literary theory. He has recently published a book using ancient and medieval notions of imitation to help students write better, entitled The Writer's Workshop.

"From Nothing to Being: Medieval Lyric and Poetic Form as Entelechy."  The Prospect of Lyric. Ed. Bainard Cowan. Dallas, Texas: The Dallas Institute Publications, 2012.

"Brighten the Corner Where You Are: How I Found A Way to Marry Teaching and Research and Just Maybe Be Happy." Studies In Medieval and Renaissance Teaching 11 (Fall 2003). (Special issue on tensions between teaching and research edited by Edward Risden.)

"The Problems With the Postmodern Performance of Penance." 40th International Congress on Medieval Studies, Kalamazoo, Michigan, May, 2000.

Why Johnny (And Jenny) Can't Write--And What to Do About It. Monograph on the teaching of writing in American education.