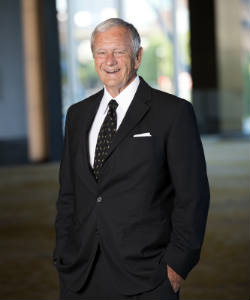 John Alvis, Ph.D., professor of English and director of American Studies Program at the University of Dallas, puts his expertise in American Literature to use in his latest publication. In this and in many of his other works, Alvis investigates political dimensions of literature’s finest works, tackling authors from Shakespeare to Melville.

With examples drawn from the American novelist’s fiction, Alvis, ‘66, shows in Nathaniel Hawthorne as Political Philosopher that Hawthorne’s characters bear something sacred in their generic humanity, yet are subject to moral judgment.

“Hawthorne’s ‘The Scarlet Letter’ offers lessons in the meaning of the Declaration of Independence as a guide to Americans in their individual conduct, to secure justice in their communities and to foster family integrity,” said Alvis. “It renders in personal and dramatic terms the meaning of such American principles as a higher law of nature, the sanctity of individual rights and the moral significance of liberty and equality.”