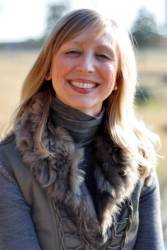 Amy Fisher-Smith, Ph.D., Associate Professor of Psychology at UD, is currently engrossed in a research project dealing with a contentious and timely issue: the de-radicalization of extremist groups. The goal of the project? Tracking the developmental sequence of de-radicalization.

A project years in the making, Fisher-Smith and her colleagues Charles Sullivan, Ph.D., Associate Professor and Chair of History, and John Macready, Ph.D., a recent graduate of UD’s philosophy program and Adjunct Instructor of Philosophy at UD,  have completed about eight different interviews with subjects from Europe and the United States. These individuals have been affiliated with extremist groups but have more recently been in the process of de-radicalizing and moving out of those groups.

Studying de-radicalization is a unique and consequential issue, just at the forefront of researchers’ interest in the United States.

“They [de-radicalization programs] are actually more established in Europe, in part because Europe already has a terrible problem with these far-right groups. In some ways, Europe is more ahead of us in terms of establishing de-radicalization programs. Now, the US is establishing and modeling a group called “Exit” after a program that is already up and running in Europe,” said Fisher-Smith.

In addition to her research on de-radicalizing extremist groups, Fisher-Smith was instrumental in bringing the exhibit, “Deadly Medicine: Creating the Master Race,” to UD, which was on display from November 2011 through January 2012. The exhibition was produced by the U.S. Holocaust Memorial Museum.

“Deadly Medicine” caused attendees to pause and ask ethical questions. In conjunction with the exhibit, Fisher-Smith and her students completed a connected research project.

“The exhibit allowed us to look at social justice, moral education, holocaust and genocide studies. My colleagues and I are now finally completing all of the data analysis, the research and publications associated with that project,” said Fisher-Smith.

Through these research projects, Fisher-Smith and her students are applying what they discuss in the classroom to psychology in history and in the present day.

“We try to hit both the theoretical and practical sides of psychology,” said Fisher-Smith. “We also expose students to the basics of contemporary psychology and evidence-based practice.”

Fisher-Smith has taught at the UD since 2001. She first heard about the University as a graduate student since her mentor was familiar with Dr. Scott Churchill, Professor of Psychology. In her fifteen years at UD, she has been working actively both inside and outside of the classroom.