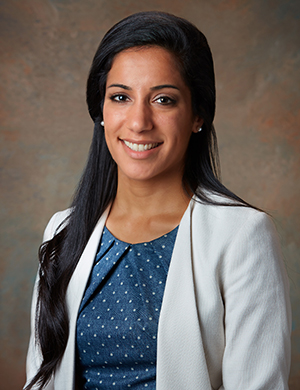 Among the new students entering Braniff Graduate School this fall, the University of Dallas will welcome Elisa Torres, whose passion for learning has become for her a way of life; it has also earned her a place among the 10th cohort of Lilly Fellows.

The Lilly Fellows Graduate Program seeks to cultivate the intellectual growth of exceptionally talented students of the humanities or the arts at church-related institutions of higher learning. Central to its mission is the Christian vision of studying and teaching as a unique vocation.

According to Torres, the program’s vision of the academic vocation holds immense value as it allows the pursuit of truth and wisdom to become “an end in itself, rather than simply a means to an end.” Torres explained, “What this seems to imply is that the pursuit of wisdom is not limited to the classroom – I do not cease to ‘love wisdom’ when class is dismissed. Rather, philosophy must encompass my whole personhood; it must become for me a way of life.”

Torres’ interest in philosophy and in learning in general began well before her undergraduate education. As she filmed and edited lectures on the classics while working for Catholic Courses, Torres got her first taste of the richness of academia. She recalls one moment in particular as especially formative: when she filmed Professor Anthony Esolen reciting the last canto of Dante’s Paradiso. “I have often thought of that moment behind the camera; in addition to the love of wisdom that it sparked, it awakened within me a great desire to enter into intellectual dialogue with others,” said Torres.

Torres attended Belmont Abbey College, double-majoring in theology and English and minoring in Christianity and culture, medieval studies, and political philosophy. Even as an undergraduate, Torres considered her education an end in itself, merely seeking a bachelor’s degree as a means to become familiarized with the Great Books. She will be approaching her graduate studies in the same way: “I felt and continue to feel convicted that this ‘love of wisdom’ necessitates a certain kind of life and, according to my particular circumstance, will best be fulfilled through my pursuit of an M.A. and Ph.D. in philosophy.”

Torres decided to continue her pursuit of wisdom at the University of Dallas after two of her professors, both of whom received doctorates from UD, recommended the graduate program. The university’s interdisciplinary approach and its emphasis on a holistic wisdom tradition drew Torres, making it clear to her that UD would further cultivate her love of learning.

“I have always sought to model my education after Raphael’s ‘Stanza della Segnatura’ where his ‘School of Athens,’ ‘Disputation of the Holy Sacrament,’ ‘The Parnassus,’ and ‘The Cardinal Virtues,’ all face one another in an eternal dialogue of the True, Good, and Beautiful,” said Torres. “Belmont Abbey College has offered me such an education, and I know that the Braniff Graduate School will further me along this path.”

The Lilly Fellows Program maintains a strong network of faith-driven universities, such as the University of Dallas, so that Lilly Fellows across the nation engage in constant dialogue, whether it be through yearly conferences, frequent online colloquia, or a mentoring relationship with a senior scholar at a network school. In this way, the program supports students not just financially through an annual $3,000 stipend, but also intellectually and spiritually by building a strong community of Christian scholars.