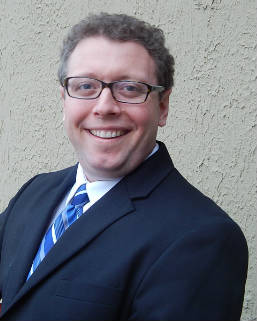 When it comes to understanding the Incarnation, do we think of Christ’s coming-to-be in a personal way? In a way that touches the motions of our daily lives? Or are we more unattached, keeping our distance through a series of logical exercises alone? In the most recent edition of Confluence, a national, peer-reviewed journal published by the Association of Graduate Liberal Studies Programs, Stan Szczesny addresses these questions, exploring the theme of the Incarnation as it appears in Dante’s Divine Comedy.

In an essay titled ‘The Human Effigy Question in Dante’s Paradiso,’ Szczesny reflects on the final passage of the Comedy, in which Dante ponders the nature of the Trinity and “how our human effigy suited the circle and found place in it” (Paradiso 33.137–138). Struck by a sudden flash of insight, Dante at last comprehends this mystery in the final lines of the poem, though his understanding is not elucidated for the reader as he himself is at a loss for words. In this piece, Szczesny articulates Dante’s final, unarticulated insight, arguing that it is Dante’s sudden realization that he is looking at his own reflection in a mirror: a profound metaphor for the way in which Christ takes on our human nature, becoming not merely an image of “mankind” in general but an actual human being and one of us.

“The content of Dante's final insight about the human effigy in the second circle of the Godhead intrigued me,” said Szczesny, reflecting on when he wrote this piece while taking a course on Dante within the University of Dallas Institute of Philosophic Studies. “One morning, while discussing it with my wife, she suggested it might be a reflection in a mirror. I blew her insight off as improbable, but as I continued thinking about it, I decided she might be onto something and I began to analyze the poem more closely with the idea of mirrors and reflections in mind.”

While he is currently writing his dissertation on Milton to complete his doctoral degree, Szczesny took a roundabout, even unconventional, path towards studying literature. After spending three years at Southern Utah University, he dropped out to finish a degree in statesmanship at George Wythe University. He attributes the reason for this “crazy move,” as he called it, to his encounter with Britannica’s Great Books of the Western World. Upon seeing this collection of all these works that have shaped the culture of an entire civilization, Szczesny was immediately intrigued and decided to read all its contents in their entirety.

“I realized that I was a junior in college and had never been required to read any of those books, and that suddenly struck me as strange. I pulled down Homer and was immediately entranced by the epic imagery of the Iliad. I also recognized Rabelais's name, and I had read him and his educational theories as a teenager. So, I felt, for very delusional and misinformed reasons, to drop out of school and to set a goal to read that entire set,” said Szczesny.

Although it took eight years--during which he also got married, had a few children and completed his bachelor’s at George Wythe University and a master’s in Eastern Classics from St. John’s College--Szczesny did finally reach his goal to read the entire set. The endeavor inspired within him a love for the Great Books, which in turn led him to pursue his doctorate at Braniff Graduate School, the only PhD program in the country that requires an interdisciplinary core curriculum of such works.

As he pursues his doctorate, Szczesny teaches literature and mathematics full-time at Williamsburg Academy, an online high school program, and he also guides several other students online through their own encounters with classical works. After finishing his degree, he plans to continue teaching literature either at the high school or university level. Just as in his essay in Confluence he took Dante’s unarticulated truth and explicated its meaning, so too will he continue to explore the greater questions presented in literary works, guiding others to a discovery of the meaning within the Great Books.

Confluence is a national, peer-reviewed, interdisciplinary journal published by the Association of Graduate Liberal Studies Programs (AGLSP) that reflects the best scholarly and creative work produced within and beyond AGLSP member institutions. Publishing scholarly essays and creative work such as short stories, poetry, creative nonfiction, and visual art, Confluence stands as a demonstration of and an inspiration to the kind of interdisciplinary engagement that is constitutive of a liberal education, while emphasizing the fundamental relations that transcend the boundaries of discipline and form that must be engaged and explored.