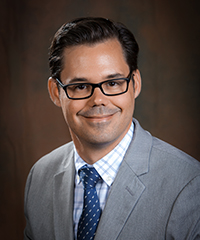 “John Adams academy is an interesting case because it is outside Sacramento,” Post said. “For a variety of reasons, California would not seem to be friendly to classical education. Yet, there is a classical institution not merely running, but flourishing. Students receive the whole classical experience at that school, both elementary and secondary.”

The leadership of John Adams Academy has a particular interest in creating leaders who imitate the founders of the United States intellectually and ethically. To accomplish this task, students receive the same formation the founders received: a principle-based, liberal arts education.

“John Adams Academy’s leadership is looking back to the principles of the founding and looking back to the educational content that informed the founders so they had the prudence and judgement to frame the extraordinary country that we have today,” he said. “Since John Adams Academy is committed to respecting the principles of the founding, they thought deeply about how the founders were educated, and it occurred to them that they had a form of classical education to offer.”

Although some of the founders complained about their classroom environment, which included corporal punishment, many founding fathers celebrated the process of studying ancient texts, especially in their original language. Their classical education promoted intellectual diversity by engaging in a dialogue with the authors, even if they disagreed.

“The founders don’t have a lot of objections to learning Greek and Latin, having studied history or read original texts, and thinking critically about them,” Post said. “There is diversity in that there are founders who thought Montesquieu [a modern] is essential, but also those who thought Cicero [an ancient] was no less important. Others thought there was more to be drawn from Aristotle or Plato. But the founders disagreed on almost everything about the ancients. John Adams seemed to think Plato was great, but Jefferson thought 'The Republic' was a giant waste of time. There are differences there, but the point is that they were able to have that discussion.”

Post also points out that Classical education, like that demonstrated at John Adams Academy, is inclined to produce great leaders like George Washington because it cultivates habits of virtue. He uses the example of mathematics to illustrate this.

"Classical education is more inclined to produce leaders like George Washington because they create these habits of moderation, prudence, and reflection.”

“A very common approach to mathematics is to teach it so that students may pass a standardized test,” Post said. “This method is basically saying “memorize these formulas and you’ll know math.” The classical education approach is that math is about problem solving. In that sense, it is about developing one’s critical capacity. For most kids, math is tedious. From a classical education perspective, you learn a moral lesson from that: some things that are tedious are worth knowing and you have to develop the discipline, patience, and focus to do things that are drudgery. Of course, math is worth knowing for its own sake as well as to foster skill in calculation. But, more than that, in later life, the discipline students gain from difficult studies can be useful for other things. Classical education is more inclined to produce leaders like George Washington because they create the habits conducive to moderation, prudence, and reflection.”

To assist teachers in forming ethical citizens and moral leaders like George Washington, the Braniff Graduate School offers a Classical Education program which consolidates years of experience in liberal learning with a renewed emphasis on pedagogy.

“UD has decades of experience dedicated to classical education” he said. “For that reason, people have come from classical schools to UD and classical schools have recruited from UD. The relationship is there because UD is doing something that resonates with their community. The Classical Education Program is taking that wonderful foundation and refines and tailors it to the specific needs of classical educators.”

Post said the program is more structured than others—there are important principles and continuities within classical education—but it nevertheless explores different approaches within classical education. Although classical education seeks enduring truth and looks to the wisdom of the past, it is, like the great minds from which is draws inspiration, innovative. A core component is dialogue: The content of class discussions is more meaningful because classes are attended by educators who are at various experience levels. All contribute unique perspectives.

"The community of educators can really engage in these texts and extract lessons from discussions with each other. You just aren’t going to see that anywhere else.”

“The program we have developed focuses on the big questions in classical education,” Post said. “Generally, courses are attended by classical educators and future classical educators at different places in their life. I have been teaching Plato’s Republic for almost twenty years and I taught it to classical educators for the first time this summer. I have never seen a discussion like I saw among these teachers. They are talking about real issues with seven and eight year olds and how to deal with them, allowing Plato’s thinking to positively inform their teaching methods. The community of educators can really engage in these texts and extract concrete, informed pedagogical lessons from discussions with each other. You just aren’t going to see that anywhere else.”