What is Just According to Nature? Conference

What is Just According to Nature? | A Conference on the Dispute Between Thomas Aquinas and Leo Strauss | Apr. 24-25, 2020

Dr. Carey graduated from the University of North Carolina with a BA in music. He received his MA in and his PhD, both in philosophy, from The Graduate Faculty of The New School for Social Research. In addition to serving as Tutor, and twice as Dean, at St. John’s College, Santa Fe, he has served as Distinguished Visiting Professor in the Department of Philosophy at the United States Air Force Academy from 2004 to 2007, from 2009 to 2014, and from 2016 to the present. Dr. Carey’s primary research interests center on logic and metaphysics in the history of philosophy. He has been an invited speaker at universities across the country, including Tulane University and Catholic University of America. In his talks, Dr. Carey has addressed topics such as medieval proofs of the existence of God and the relation between philosophy and religious belief. Most recently, he has written Natural Reason and Natural Law: An Assessment of the Straussian Criticisms of Thomas Aquinas, which defends Thomistic natural law theory as genuinely grounded in human nature and practical reason. 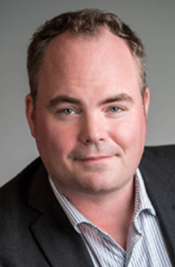 Dr. Peterson graduated from the Great Books Program at Thomas Aquinas College and received his MA in politics and PhD. in political science from Claremont Graduate University. He has taught courses on political philosophy, American government, rhetoric, and media at the School of Public Policy at Pepperdine University, Loyola Marymount University, and Claremont McKenna College, among other institutions. He currently directs the Claremont Institute's Fellowships and continuing educational programming for national leaders and their expansion. He is also the founder and editor of the The American Mind, an online publication that addresses the most pressing cultural and political problems facing America in light of the principles of the American founding. His writing has focused on the political philosophy of the American founding, the state and fate of higher education, and the need to rethink American foreign policy. .

The Braniff Graduate Student Association is pleased to announce a conference, “What is Just According to Nature? A Dispute Between Thomas Aquinas and Leo Strauss.” Addressing the fundamental questions at the heart of natural law theory, the conference aims to clarify the ground of the disagreement between Thomas Aquinas and Leo Strauss on such questions as the relation between natural law and theology, the knowability of natural law, and the reliability of natural law in an emergency. Although there are important affinities between the Straussian and Thomistic approaches to the question of natural justice––e.g., an understanding of nature as normative and of human nature as essentially unchanging throughout history, as well as a defense of the contemplation of the eternal truth as the highest human activity—there are also important differences which, when contrasted, enable us to better see what is most distinctive in each approach.

To this end, the Braniff Graduate Student Association has invited a select group of scholars from both sides of the dispute to articulate and share their views on these important matters. We envision the conference as a series of friendly conversations between scholars who disagree but who, in the spirit of liberal learning, wish to understand the ground of their disagreement as clearly as possible.

The conference will take place at the University of Dallas, located in Irving, TX.