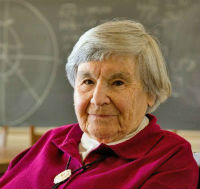 Eva T.H. Brann (1929–) is a former dean (1990–1997) and the longest-serving tutor (1957–) at St. John’s College, Annapolis. In 2005, she received the National Humanities Medal. Born to a Jewish family in Berlin, Brann immigrated to the United States in 1941. She holds a B.A. from Brooklyn College as well as an M.A. in Classics and a Ph.D. in Archaeology from Yale.
Read Eva Brann's Lecture for the Conference » 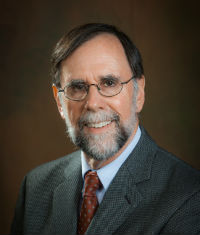 Each year the Braniff Graduate Student Association organizes a conference that reflects the unique interdisciplinary nature of the Braniff Graduate School and its emphases on the Western tradition, classical education and contemporary scholarship. This year's conference will explore the nature of the imagination as it has been discussed in the Western tradition and will take place at the University of Dallas, located in Irving, TX.

Relevant topics include but are not limited to:

We invite scholars working in the liberal arts to submit abstracts of no more than 500 words that consider the theme of imagination from the perspective of their discipline, a particular author, or through an interdisciplinary approach. Preference will be given to papers conversant with the great texts of the Western tradition. The conference committee will invite select authors to publish their essays in a special edition of Ramify: The Journal of the Braniff Graduate School of Liberal Arts.

Submit abstracts to udbgsaconference@gmail.com. Abstracts should be prepared for blind review. Please include a separate cover letter with your name, paper title, email address, and institutional affiliation.

Abstracts are due no later than November 10, 2017. Presenters will be notified of their acceptance by Tuesday, November 21 and will be asked to submit their full papers, suitable for a 15 minute presentation (no more than 2500 words), by December 31, 2017.