Braniff Conference in the Liberal Arts 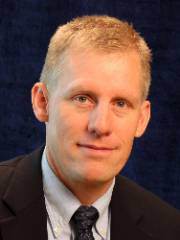 Mark T. Mitchell is Dean of Academic Affairs at Patrick Henry College where he also teaches courses on political theory. He is the author of several books including Power and Purity: The Unholy Marriage that Spawned America’s Social Justice Warriors; The Limits of Liberalism: Tradition, Individualism, and the Crisis of Freedom; The Politics of Gratitude: Scale, Place, and Community in a Global Age, and Michael Polanyi: The Art of Knowing. He is co-editor of Localism in the Mass Age: A Front Porch Republic Manifesto and The Humane Vision of Wendell Berry. He is the co-founder of the web-zine Front Porch Republic.

In 2008-2009, he was a fellow at the James Madison Program in American Ideals and Institutions at Princeton University. He is one of the principal authors of the Open Letter, Liberty and Justice For All. 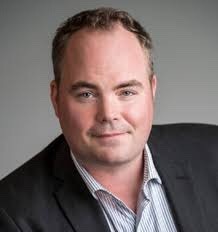 Matthew J. Peterson graduated from the Great Books Program at Thomas Aquinas College and received his MA in politics and PhD. in political science from Claremont Graduate University. He has taught courses on political philosophy, American government, rhetoric, and media at the School of Public Policy at Pepperdine University, Loyola Marymount University, and Claremont McKenna College, among other institutions. As Vice President of Education at the Claremont Institute, he currently directs the Claremont Institute's fellowships and continuing educational programming for national leaders and their expansion. He is also the founder and editor of The American Mind, an online publication that addresses the most pressing cultural and political problems facing America in light of the principles of the American founding. His writing has focused on the political philosophy of the American founding, the state and fate of higher education, and the need to rethink American foreign policy.

The Braniff Graduate Student Association of the University of Dallas is pleased to announce the 7th annual Braniff Conference in the Liberal Arts, focusing on Solitude and Community. This timely theme facilitates inquiry into the human person as an individual and a social being and invites reflection on the interaction between these complementary aspects of our nature.

Relevant topics include, but are not limited to, the following:

The conference will take place at the University of Dallas, located in Irving, TX.

Elly Brown is a PhD student in the Department of Politics at Princeton University, specializing in political theory. Her research interests include the relationship between love and politics, narrative theory, religious ethics, and philosophy of social science.

Monica Burke is an MA-PhD student in the School of Philosophy at The Catholic University of America and a fellow at the Institute of Human Ecology. She is a graduate of Christendom College, where she received the Outstanding Philosophy Major Award for the Class of 2017.

Maura Cowan is a PhD candidate at Tulane’s philosophy department. She is working on a dissertation about the quarrel between poetry and philosophy in Plato’s Republic. She is a graduate of St. John’s College in Annapolis and is a former Murphy Graduate Fellow.

Christina J. Lambert is a PhD student at Baylor University, studying 20th and 21st century fiction and poetry. She is a Teacher of Record and the Graduate Assistant Director of the University Writing Center. She writes for Front Porch Republic and has a forthcoming publication in Tulsa Studies in Women's Literature.

Philip Thomas Mohr (BA, St. John’s College; MA, University of Mississippi; MDiv, Westminster Theological Seminary) is currently a PhD student at The Catholic University of America, a licentiate in the Associate Reformed Presbyterian Church, and a remote instructor of the Theological English Department of Westminster Theological Seminary. His current research goals in the reception history of Matthew’s Gospel align with his desire to see the present-day Church grow into a greater awareness of and more thoughtful engagement with both traditional and non-traditional interpretations of the Bible, as well as a greater appreciation for theological approaches that integrate multiple biblical perspectives and themes.

Ian Tuttle is a doctoral student in Political Theory at the Catholic University of America. He is a graduate of St. John's College (Annapolis, MD).

We invite scholars working in the liberal arts to submit abstracts of no more than 500 words that consider solitude and community from the perspective of their discipline, a particular author, or an interdisciplinary approach. Preference will be given to those working in the liberal arts disciplines including—but not limited to—philosophy, literature, politics, theology, history, psychology, and the fine arts, and drawing from the classical, medieval, modern, or contemporary periods. The conference committee will invite select presenters to submit their essays to Ramify: The Journal of the Braniff Graduate School of the Liberal Arts.

Please submit abstracts to udbgsaconference@gmail.com. Abstracts should be prepared for blind review. Please include a separate cover letter with your name, paper title, email address, institutional affiliation, and, if you are a current student, your degree program.

Abstracts are due no later than Thursday, October 15th, 2020. Presenters will be notified of their acceptance by November 9th and will be asked to submit their full papers, suitable for a 15 minute presentation (no more than 2,500 words), by January 15th.

Our conference will also adhere to the general COVID-19 guidelines issued by the University of Dallas. For those guidelines and more information about the University's COVID-19 response, go to https://udallas.edu/coronavirus/.