Marc Chagall, is considered one of the most influential artists of the20th century. Considered a pioneer of the Modern art movement, his vast collection of timeless masterpieces are a rich legacy that continues to influence the world of Modern art. 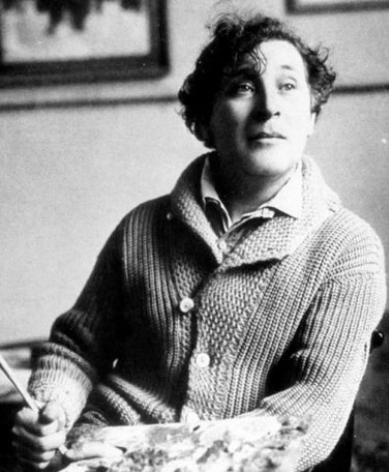 Chagall was born July 7, 1887, in Vitebsk, Russia. In his early life, he attended local Jewish religious schools whose teachings would influence much of his later work. In 1910 Chagall moved to Paris and studied in a small art academy. Incorporating dreamlike imagery with hints of Cubism, popular in France at the time, Chagall created some of his most lasting work.

After returning to Vitebsk in 1914, the outbreak of World War I trapped Chagall in Russia. He settled in Vitebsk, where he was appointed Commissar for Art in 1918, but he relinquished the position in 1920 and moved his family to Moscow. During World War II, Chagall fled to the United States and returned to France in 1947.

In 1977 Chagall received the Grand Medal of the Legion of Honor, France's highest decoration. That same year, he became one of only a handful of artists in history to receive a retrospective exhibition at the Louvre. In 1985 Chagall died at the age of 97, the last surviving of the original European masters of modern art. He was buried in Stain-Paul, in southeastern France.