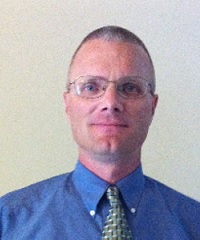 Paul E. Bible is the Director of Custom Development & Software Architecture for Dave & Buster’s, Inc., headquartered in Dallas, TX. Paul began his role at Dave & Buster’s as a consultant, where he single-handedly developed the software that has run their midway game system for the past 10+ years.

As a Director, his responsibilities now include overseeing all midway and redemption-related software, and the development of all inter/intranet sites. Paul earned a B.S. in Accounting from the University of New Orleans in 1989.