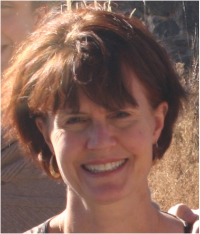 Cynthia Hollenbach is a licensed CPA and CGMA. She obtained a bachelor’s degree in accounting from Baylor University and a master’s degree in taxation from the University of North Texas.

After college, she practiced public accounting for seven years with Ernst & Young and left there as a tax manager when an opportunity arose to work for a publicly traded company as their chief financial person. She worked for that company for many years handling all aspects of the financial process and the required Securities and Exchange Commission financial reports. Subsequent to that position, she continued to work in many startup ventures and assisted in initial public offering filings for the former chairman of the earlier public company.

About twelve years ago, she became interested in teaching and began with one class. From there she eventually became a full time professor at a local university teaching all levels of undergraduate and graduate accounting classes. She still does financial consulting and also works as a subject matter expert assisting companies in preparing CPA exam review materials.