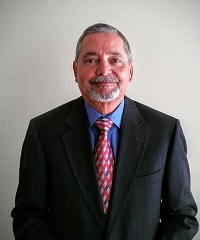 While assigned to the Air Force Staff, the Pentagon, Bob was the senior executive responsible the development of all corporate-level policy and operational procedures necessary to implement the Department of Defense change management initiative to reorganize global Air Force and Army weather operations.  Following the onset of the Iraq War, Bob led the Joint Staff Crisis Action team of 12 military and civilian subject matter experts from operations, human resources, logistics, finance,  intelligence, and information technology that was responsible for the collection, interpretation, and statistical/non-statistical analyses of real-time data from each service, the interagency, and combatant commanders; and produced daily strategic and tactical reports used for decision making by the Chairman, Joint Chiefs of Staff, the Secretary of Defense, the White House staff, and the President of the United States.

Bob also served as Commander of three operational organizations where as the chief executive officer he provided the strategic vision and direction necessary to support global airlift, combat air operations; and the national space and missile mission at Cape Canaveral.  At the Cape, Bob’s organization was faced with dwindling resources coupled with increased NASA and Department of Defense space lift requirements.  Bob developed and implemented change management initiatives to reorganize the organization to enable it to better exploit the rapid advances in collection, management, and exploitation of launch-weather data.  As a result, his team was able to institute new methods to collect, analyze, and report the launch data that was critical for the successful return-to-flight of the Nation’s space shuttle system.

Bob earned a Bachelor of Arts, Secondary Education, University of Arizona; a Bachelor of Science, Meteorology, Texas A&M University; a Master of Science, Meteorology, Texas A&M University; and an MBA with concentrations in Management and Project Management, University of Dallas.  He is also a graduate of the military’s executive leadership schools: the Air University’s USAF Air War College and Air Command and Staff College; and the National Defense University’s Joint Forces Staff College.

Bob is an avid runner and marathoner having logged over 20,000 miles.  He has completed one ultra-marathon and nearly 50 full marathons to include the Boston Marathon (1997 and 2003) and is 1 of 35 marathoners that have completed every running of the USAF Marathon (1997-2015).