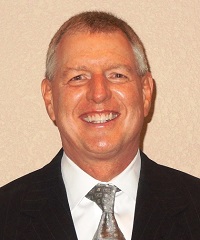 Mike recently retired from CEC Entertainment, Inc. (Chuck E. Cheese) as the President and Chief Executive Officer. He was an integral member of the Executive Management team for 27 years. Mike and the team turned around the negative cash flow business, took it public in 1989 and operated Chuck E. Cheese as a public company for over 25 years until selling to a private equity group in 2014. The annual compound growth rate of CEC Entertainment Inc. stock from 1989 to 2014 was 18.6%.

He served as Executive Vice President, Chief Financial Officer when the company went public. He was promoted to President in 1994 and Chief Executive Officer in 2008. Mike served on the Board of Directors from 1988 to 2014. Prior to joining CEC Entertainment, Inc., Magusiak worked for five years at Church’s Fried Chicken, Inc. in San Antonio, Texas and for Holiday Inns, Inc., in Memphis, Tennessee, for four years.

Mike has extensive international experience. He performed international financial and operational audits with Holiday Inns; and expanded the Chuck E. Cheese brand globally with successful business partners. His most rewarding aspect of business is seeing people grow, both professionally and personally. Magusiak stated, “our greatest asset is our people,” and long-term business success is attributable to a team of high quality individuals that develop and implement a strong strategic plan.

Mike has been married for over 30 years with three children. He and his wife are active participants at Good Shepherd Community, Holy Trinity Catholic School in Grapevine and the Community Enrichment Center.