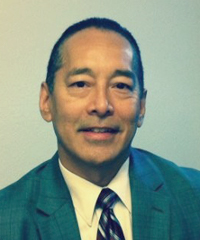 Glenn Muñoz is the Director of Accounting and Administrative Information Systems at the University of Dallas where he has worked since 2013.  He is involved with many aspects of the day to day operation in the Information Systems/Technology department and is responsible for the reporting system that provides a large portion of the information consumed by the Human Resources, Business, and Registrar’s offices as well as many other administrative and academic departments here at the University.  Prior to working at the University of Dallas, he was the Associate Director of Student Financial Services at Columbia University in the City of New York.

While working as a full-time employee at Columbia University, Glenn simultaneously earned a B.S. in Computer Science at their School of General Studies, and subsequently, earned an M.B.A. after being sponsored through the Executive M.B.A. Program at their Graduate School of Business.  He enjoys spending time with his wife and helping to raise their two children.  Although he was a native New Yorker, he now considers himself a true Texan after having lived here for more than six years.