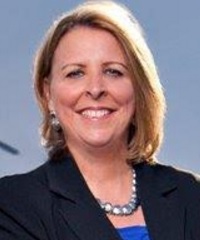 Deanna White is the Chief Executive Officer of Flexjet, a private jet airline headquartered in Richardson, TX. She is responsible for setting the strategy and vision for the company and managing all aspects of the 150 aircraft operations. Deanna rose to head the company through the Finance ranks, and held the position of Chief Financial Officer prior to taking the helm. Prior to spending 10 years in aviation, Deanna worked in telecommunications, first with Verizon for 13 years and then with Genuity for 5 years. She started at Verizon in their college internship program, and worked her way up through various Finance roles to head a major department. Deanna was integral during the GTE/Bell Atlantic merger that created Verizon, in participating in mergers activities and the IPO transaction that created Genuity.

Deanna was featured in D CEO Magazine in 2013 as one of the top female CEO’s in DFW. She was also highlighted in the Business Jet Traveler magazine in 2013 and the Women in Aviation magazine in 2014. She has appeared for business interviews on FOX Business News and CNBC. In September 2013, she facilitated the sale of Flexjet from Bombardier, a publicly traded aerospace company, to a group of private equity investors, and was featured to announce the transaction on a marquis for PR Business Wire in Times Square.

Deanna lives in Dallas, TX with her 10 year old son. She enjoys watching her son and the Texas Rangers play baseball. Deanna is an avid traveler and has vacationed in all 50 states along with a number of countries.