"The University of Dallas is positioned to reshape graduate business education," said Satish & Yasmin Gupta College of Business Dean Brett J. L. Landry. Aside from being the business college's chief academic officer since 2016, the 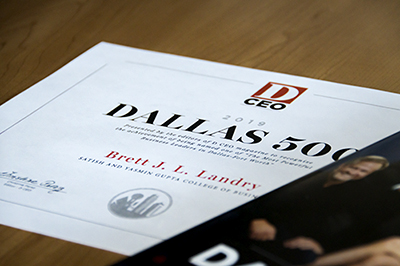 information technology veteran is a professor of cybersecurity — and even a "certified ethical hacker."