Taking a Chance on an MBA 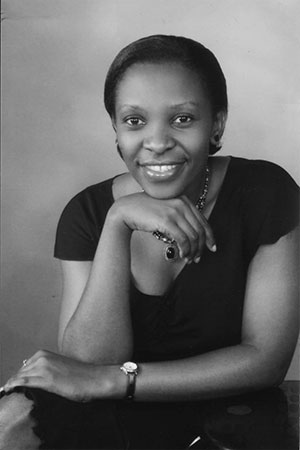 In 2007, Alice Nkore traveled over 8,000 miles from her native Uganda to attend the University of Dallas. After completing her degree with a concentration in supply chain and business management, Nkore returned home full of energy and ready for the next phase of her life.

Before making the decision to attend graduate school Nkore applied for several jobs at various companies but each one told her the same thing: she was not qualified for employment. So she decided an MBA from the University of Dallas was what she needed.

Unfortunately, despite her graduate business degree and an incredible opportunity to work for Walt Disney World's Supply Chain Management team, Nkore found herself in the same position from which she had started this journey.

"Once again no one was willing to hire me; several employers said I was overqualified," said Nkore. She even recounts one instance when the employer candidly expressed her reluctance to hire Nkore for fear that she may take the interviewer's job.

Once again feeling frustrated and uncertain, Nkore was desperate for an answer. But this time, she knew she was qualified, confident and most importantly, she was filled with hope.

"I thought about the person who had no degree and those who did not have an education at all, how did they feel? I knew there is something I have that could benefit someone else. I certainly was not empty," said Nkore.

Armed with a computer and a Facebook page, Nkore began writing empowering messages for those in similar situations. By the end of the week, several people had begun sending her private messages seeking advice, a handful even requesting one-on-one appointments. Eight months and several Facebook posts later, Nkore received an email from a publisher wanting to turn her posts into a book titled "Seeds of Ambition."

Empowered to Change the World 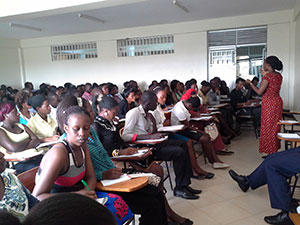 "UD overhauled my life. The graduate business program helped me enhance a number of the skills I had but most importantly, the professors made me want to go out and make a difference in the world and the lives of those in my community," said Nkore.

By this time, Nkore was being invited to schools and communities all across Uganda. Today, only five years after arriving home, Nkore's initiative named Sense of Value and Purpose International Network (SVP) has expanded across the country. The nonprofit now offers private mentorship services, public speakers, school programs and community development programs, among others. Incredibly, all of the work is accomplished through a network of volunteers.

"As I look back," said Nkore, "I am thankful that I never did receive an offer for an 8 to 5 job. Nothing can substitute the joy and fulfillment I receive by being the one that connects a person to their life's goal."