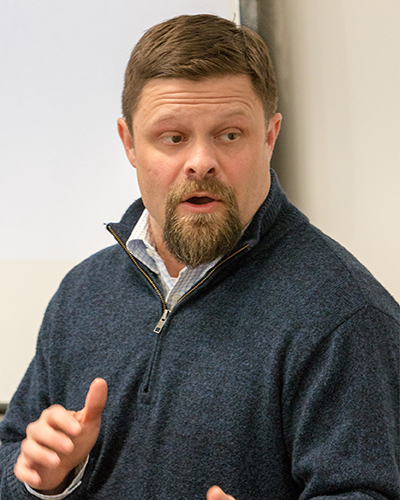 Dickey has spent his career in the accounting profession, the vast majority as a certified public accountant working in auditing; for the past five years, he has taught at the University of Northern Colorado. He began UD’s DBA program three years ago, drawn in by his interest in broader business issues and the program’s practitioner-oriented focus.

“The program really expanded my abilities to identify and solve business problems as well as significantly improved my technical research skills, particularly my understanding of how to take an idea and rigorously evaluate it using a variety of different empirical methodologies,” said Dickey. “From a macro level, the faculty at UD were fantastic and demanded my best effort. For me personally, Professor J.Lee Whittington and Associate Professor Greg Bell were particularly inspirational from inception through completion.”

Dickey’s study explores the impact that team experience, team engagement and partner leadership behaviors have on audit quality. The research discovered that the experience of an audit team as measured by staffing leverage (i.e., the percentage of total team time at the manager level and above) is not a significant predictor of audit quality; essentially, an organization can’t simply load up the amount of manager hours on a team and expect excellence. A number of different factors impact quality, particularly when you get to the higher end of the quality scale. One such example is the collective level of team engagement.

In addition, the research explored how teams can become more engaged, determining that a lead audit partner’s contingent reward behavior and setting high performance expectations were the most salient leadership behaviors related to teamwork engagement. In other words, setting and getting buy-in for high expectations and consistently rewarding team members when those expectations are met (so the reward is contingent upon meeting and exceeding well-communicated expectations) seem to set the foundation for engaged teams.

Rewards might be both explicit (raises, promotions or increasing responsibilities) or implicit (letting people know they’re doing a good job by praising performance or being in the moment with them, rewarding them through emotional connection).

“If a leader wants to have an engaged team, the results of the study suggest that their first focus should be on setting and clearly communicating expectations and continually providing rewards for meeting and exceeding those expectations,” said Dickey. “Other aspects of transformational leadership can be built from this foundation, such as fostering an intellectually stimulating team environment or painting a compelling vision for the team’s future.”

“Every one of us seeks positive feedback in some fashion, and if strong performers are rarely rewarded for meeting and exceeding expectations, they become more inclined to leave an organization — or even worse, check out psychologically,” he added. “The transformational leader goes a step further and understands how to cultivate an environment that brings out the best in people.” 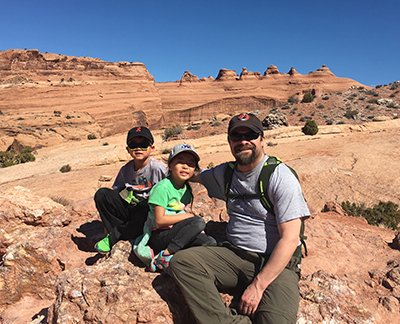 The results of the study offer a potential view into the very nature of audit quality, which has traditionally been hard to define. One of the cornerstones of audit quality may be a team whose members understand and buy into high performance expectations, are rewarded when those expectations are met and exceeded, and come together with energy, enthusiasm and absorption in performing their responsibilities.

Whittington was Dickey’s committee chair; Bell and Associate Professor of Accounting Susan Rhame were also on the committee.

The firms used by Dickey in this research were firms with whom he had business relationships or mutual contacts.

“We went out and found contacts in the business community who were interested in the research. Every firm I spoke with expressed interest, but some would not give us access to the entire audit team, and others backed out late in the process due to staffing and other issues,” explained Dickey. “Ultimately, we ended up with three different firms participating for the dissertation. It’s very cool because I can tell that the participating firms have such a strong commitment to people and quality.”

This fall, Dickey began a tenure-track teaching position at the University of Northern Iowa, his undergraduate alma mater, where he met his wife nearly 22 years ago.

“I’m wrapping up my second week of classes on campus,” he said. “UNI has a long-standing reputation of excellence in accounting, business and teaching. I’m incredibly honored to be a part of their community and am looking forward to helping continue that tradition.”

While he and his wife had lived in Colorado for 20 years, this move brought them and their two children closer to family, which is a huge benefit for them.

“It’s amazing already to see how much more settled in and grounded the kids seem, being so close to their grandparents,” he said. 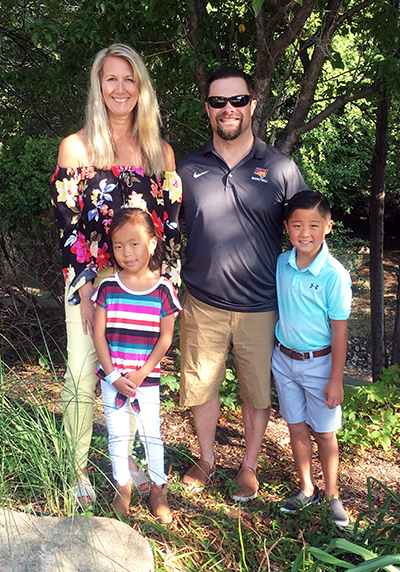 These past few years have been chaotic for the family, with Dickey finishing his dissertation, then the move and the children, who are 7 and 8, starting a new school.

“Part of the beauty of UD’s DBA program is that my wife supported me because she knew it was what I felt called toward,” explained Dickey. “So to be able to turn around and move close to her family brings the process to a nice conclusion; I love that I was immediately able to pay it back.”

To anyone considering a future DBA cohort at UD, Dickey advises, “Be prepared to be challenged intellectually and emotionally. It’s such a rewarding experience if you can hang on and enjoy the ride.”

“J.Lee would continuously remind me to take time out to spend with my wife and children, and that was always fantastic advice,” he added. “I would not have been able to make it through this process without them.”

Finally, Dickey has a tremendous amount of gratitude for the program and for the professors, especially Whittington and Bell.

“In life, you meet certain people along the way who truly inspire you. For me, these two professors, my wife and my children were the big sources of inspiration during this process,” he said. “It’s hard to articulate the level of gratitude I have for them.”