Established in 2015, the hall of fame was founded to recognize, honor and celebrate outstanding business leaders who have achieved significant success in their chosen fields of business and embody the spirit of the Satish & Yasmin Gupta College of Business. 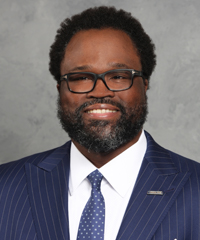 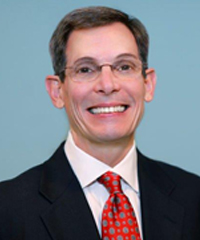 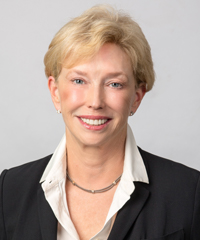 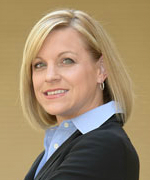 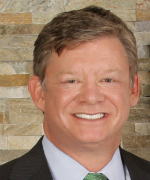 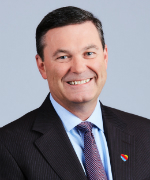 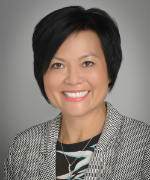 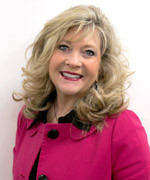 “Don’t put limits on what you can achieve—sometimes you can’t even dream where your career will take you.”

A 31-year veteran of Texas Instruments, Ellen Barker, MBA ’94, has served as the global technology company’s chief information officer since 2014. In that role she is responsible for IT strategies and operational management of applications and infrastructure worldwide that enable the company’s changing business needs. An advocate for women in the technology industry, she serves on the board of High Tech High Heels. She is also an active supporter of the American Heart Association, the American Cancer Society and is a leader in her church. 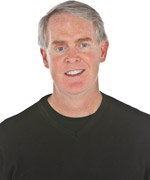 “The University of Dallas is where I met the two greatest partners of my life: Andy Hwung, the world’s best business partner, and Dannie Arrieh Flaherty, my wife and the love of my life.”

In 1983, Daniel G. Flaherty, BA ’82 MBA ’83, founded Coppell-based Gemmy Industries, a designer and marketer of seasonal products most known for creating Pete the Repeat Parrot and Big Mouth Billy Bass. He is also chairman of standing desk manufacturer, VARIDESK LLC. Not only does he serve as board chair for both St. Joseph’s Residence, Inc. and St. Adelaide’s Home for the Elderly LLC, but he previously sat on the boards of the University of Dallas and Uplift Education. 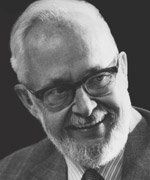 “The smartest thing I ever did was hire Pat Haggarty”
-- Erik Jonsson, founder of Texas Instruments.

Former Texas Instruments (TI) president, Patrick E. “Pat” Haggerty, was an influential University of Dallas trustee who served on the board from 1962-80. As a result of his engineering background and time in the U.S. Navy during World War II, Haggerty began working for Geophysical Service Inc. which later became Texas Instruments in 1951. Just seven years later he was named president, bringing to the new position his belief that electronics and technology can benefit all parts of society. Under his leadership, TI developed technology that influenced laser guidance, infrared, airborne radar and hand-held calculators, as well as single chip microprocessors and many others.

As a UD trustee, Haggerty played an instrumental role in creating what was then named the  Graduate School of Management and helped develop one of the college’s most well-known programs, The Capstone Experience. To this day, Capstone is still the final project that all MBA students must complete in order to graduate. 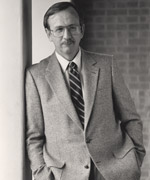 “Whatever success I may have had has been in influencing a bunch of MBA students, and I can’t think of anything I would rather have done.”

As founding dean of the University of Dallas Graduate School of Management – now the Satish & Yasmin Gupta College of Business – Robert G. “Bob” Lynch played a significant role in the university’s growth. In 1966, he spearheaded the development, implementation and execution of graduate business education programs at UD, creating one of the area’s first part-time MBA programs designed for working professionals. As dean, Lynch helped create a curriculum based on “real world” business experience, an approach the college continues to use today. In addition, he served as UD’s vice president of administration from 1979-81 and taught as an associate professor and professor of management from 1981-2001. 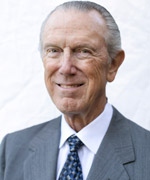 “Open your arms to change and embrace it. Dream big and pursue that dream passionately. Never give up.”

As a systems engineer for Docutel Corporation, Robert B. Nelson, MBA ’76, helped revolutionize the way airports handle baggage today by spearheading the implementation of barcode tracking systems. While serving as an assistant general manager in the mid-1970s, Nelson led the search for an acquirer that ultimately resulted in Docutel being acquired by The Boeing Company. In 1982, Nelson and a partner purchased the subsidiary, renaming it BAE Automated Systems. Nelson, serving in various senior leadership positions including CEO, remained with the company through a second acquisition by BTR PLC until his retirement in 1994. 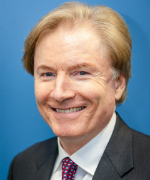 “UD formed the Christian business worldview I have today — real problems can be solved, and great things can be done; nothing is impossible.”

Prior to founding Kodiak in 2001, Craig Farrill was managing director at inOvate Communications Group, an early-stage venture capital firm focusing on investments in the wireless space. Previously, Farrill served as chief technology officer for Vodafone AirTouch PLC, where he developed and deployed an integrated global technology strategy across Vodafone’s 27 national operations serving 100 million customers. In the 1990s as CTO, Farrill expanded PacTel’s wireless businesses from California to 13 countries internationally and led the $1.8 billion IPO of AirTouch Communications in 1994. Farrill began his career in telecommunications systems engineering in the mid-1970s at Rockwell International’s Collins Radio Group and began working in a cellular start-up in 1980. 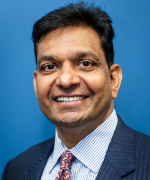 “In business, competition is good, and the common metric of winning is making a profit. However, a balance between fair competition and profit must be reached to make our world a better place.”

Satish Gupta founded SB International Inc. in 1981 and has led the organization for over 30 years. He has transformed it from an exporter of ferrous and nonferrous raw materials to a global supplier of prime steel and metal products in the domestic and international markets and one of the largest international product suppliers and processors of pipe and tubing for oil and gas drilling activities.

He has been recognized for multiple business and entrepreneurship awards in the Dallas community. Gupta holds a degree in economics from Loyola College in Chennai, India, and an MBA in international trade and management from the University of Dallas. He serves as a trustee of the Southwestern Medical Foundation in Dallas. Gupta founded the Gupta Agarwal Charitable Foundation to support education, public health, medical research and the promotion of diversity and cultural awareness. He has been a key supporter of the Primary Care Clinic of North Texas and the Greater Dallas Arya Samaj (GDAS) Cancer Clinic. 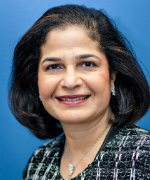 “Believe in your own strengths, your own potential and your own ethical and moral values. This will take you a long way along your path to success in the business world.”

Yasmin Gupta provides business administration leadership to several corporate departments at SB International. She holds a degree in public relations from Stella Maris College in Chennai, India, and an MBA in international trade and management from the University of Dallas.

Gupta is a founding director of State Bank of Texas, a local bank in DFW, and continues to serve as a member of the board and on various committees. She has been involved with several community organizations including the Girl Scouts, United Way, Chinmaya Mission, DFW Indian Cultural Society and Primary Care Clinic of North Texas, a system of three nonprofit health care facilities providing medical care to uninsured adults in DFW since 2003. 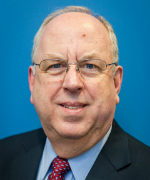 “Be a risk taker. Don’t let fear of failure hold you back. Take the risk, do your best, and learn from whatever happens.” 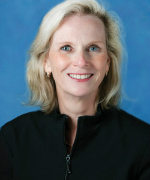 “The college of business taught me the importance of culture in business, how to be competitive and aggressive while maintaining your integrity.”

In addition to being the chief executive officer of Sammons Enterprises Inc., Heather Kreager serves on the board of directors and as chairwoman of the executive committee. Additionally, Kreager is president and CEO of Sammons Equity Alliance, which oversees Sammons’ investments in real estate, financial services, power and other sectors. She serves as chairwoman of Compatriot Capital, directing the business strategy and capital allocation for Sammons’ real estate sector. Kreager joined the company in 1985 and served as general counsel for Sammons Enterprises Inc. and Sammons Communications Inc. Kreager has served on the board since 2008. She was appointed CEO of Sammons Enterprises in 2014. 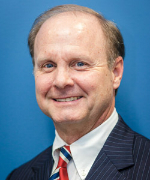 “Approach your personal life with integrity and balance to ensure happiness, satisfaction and success — not just a rewarding career. A successful personal life complements any career achievement.”

Long founded Valley View Consulting LLC in the fall of 1998 and became registered with the U.S. Securities and Exchange Commission (SEC) as an investment adviser firm effective January 1999. In previous capacities, Long also originated corporate, asset-backed and tax-exempt securities, managed a government trading operation, and distributed both public and private securities. He earned a Bachelor of Science in business administration degree in finance from Colorado State University and an MBA from the University of Dallas. 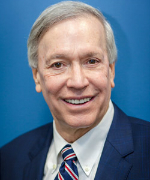 “Go in early, stay late. Always volunteer for the hard jobs. Be patient, and don’t get in a hurry for a promotion. It will come.”

O’Halloran has extensive experience as a senior executive in the HVAC industry, including serving as chief operating officer at the former Tomkins Building Products Group, as well as group president of the air systems division, and he has been the operating president of each of the core businesses. He was also president of Ruskin Company, president of Air System Components and president of Hart & Cooley.

O’Halloran has served on two private equity boards since 2010: the Remuneration Committee and the Health Safety and Environmental Committee. O’Halloran is a United States Marine veteran. He earned his MBA at the University of Dallas and his BBA from Texas Wesleyan University. 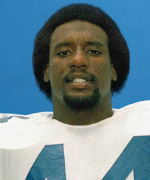 “His heart really was as big as the state of Texas. He’s one of the few people in this world who would do for you before he would do for himself.”
-- Friend and teammate Charlie Waters

Robert Newhouse was a devoted family man, an athlete, a professional and an advocate of the power of education. His professional life included 29 years with the Dallas Cowboys football organization – first, from 1972 to ’83, as a fullback on three Super Bowl championship teams and later in various other capacities. He was also a successful United States bankruptcy trustee for 26 years.

Arguably the most accomplished fullback in Dallas Cowboys franchise history, he played 187 games including the playoffs over his 12 seasons (1972-’83), and his 4,784 rushing yards are fifth most in franchise history. Newhouse won four Super Bowl rings with the Cowboys, one as a player in Super Bowl XII and then three more as an employee in the 1990s. Newhouse is engraved in the history of the NFL as the first running back to throw a touchdown in a Super Bowl.

He devoted much of his time to charitable causes that forwarded child advocacy and community development. Throughout his life he valued achievement, education, his family and his fellow man.