Celebrating the achievements of the college's most prestigious influencers and beloved colleagues.

The Hall of Fame Awards Ceremony 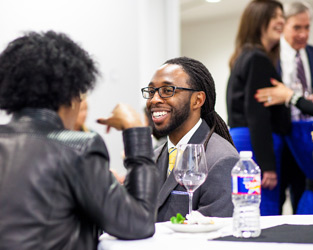 The Satish & Yasmin Gupta Hall of Fame is celebrated each year with an evening of reconnecting, embracing and reminiscing for the inductees. Each inductee is presented with an award to demonstrate our ongoing commitment to celebrate the many accomplishments of our alumni and supporters.

The ceremony is a place for friends, family and colleagues to celebrate the accomplishments of the award recipients. 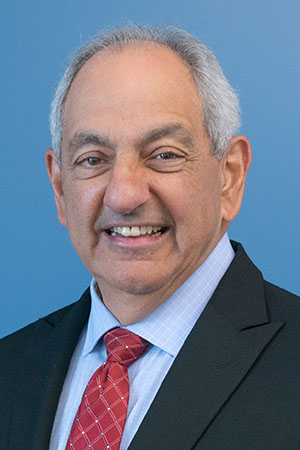 For more than four decades, Ray T. Khirallah has led a distinguished legal career in real estate as a partner and counselor for the Dallas-based law office of Holland & Knight LLP, where his practice in commercial real estate has extended from acquisitions and sales and real estate financing to managing multi-million dollar developments and lease agreements. His success with his clients — including landowners, retailers, public companies, financial institutions, investors, operators, developers and advisers — has earned Khirallah numerous awards and recognitions, including the university’s 2017 Distinguished Alumni Award. He was named one of the Best Lawyers in America (2007-22) by Woodward/White, one of the Texas Super Lawyers (2012-20) by Thompson Reuters and one of the Best Lawyers in Dallas (2007-09) by D Magazine. Khirallah serves on the board of directors for the Nexus Recovery Center in Dallas; he is also a member of the American Bar Association (Real Estate Section), State Bar of Texas (Real Estate Section), Dallas Bar Association, International Council of Shopping Centers and The Real Estate Council, as well as being a fellow of the Dallas Bar Foundation. 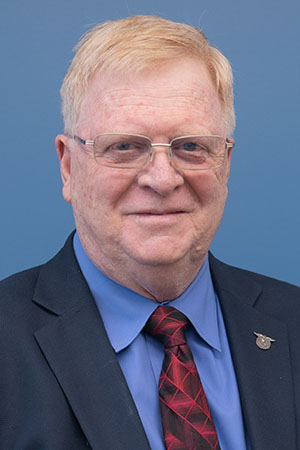 A seasoned cybersecurity professional, John South has led major security operations both domestically and internationally including in Antwerp, Belgium and Paris, where he integrated 134 countries into a singular security practice. The former chief security officer of Heartland Payment Systems, among the largest U.S. merchant service providers, South received several honors for his work in spearheading robust IT security programs while driving significant business value through information security initiatives. Computerworld Magazine named South among the Premier 100 Information Technology leaders in 2012. And, in 2013, SC Magazine named him Chief Security Officer of the Year. South teaches compliance and legal issues as an adjunct professor of cybersecurity while also serving on the Gupta College of Business Cybersecurity Advisory Board. He formerly consulted for the Financial Services Information Sharing and Analysis Center – the only industry forum for collaboration on critical security threats facing the financial services sector – and served on the center’s board of directors.  He is also a co-founder of the university’s Information Assurance Program — which focuses on corporate security and risk management and has been designated a National Security Agency Center of Excellence since its inception.

Learn about our past Hall of Fame Inductees.

“ Whatever I was challenged with, I had something from my UD education I could draw on. ”- Gordon "Don" Hutchins, MBA ’75, 2016 Hall of Fame Inductee