Leading for the Triple Bottom Line

Over 93% of CEOs now see sustainability as vital to their companys future success, but many still dont know how to implement it. What leadership models and building blocks should executives and managers consider when leading for sustainability? Leading for the Triple Bottom Line explored key strategies and tactics for embedding sustainability into your corporate culture and engaging stakeholders.

Industry experts discussed how to: 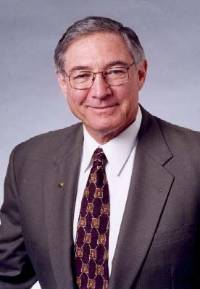 Jack joined TDIndustries, one of Americas premier contracting companies, in 1964. In 1980 he became the CEO and Board Chair until retiring in 2004. Founded in 1946, TDIndustries has appeared in FORTUNE magazines list of the 100 best companies to work for in America for 16 consecutive years. Jack Lowe attributes the trust that underpins their success to the employee-owned companys servant leader philosophy, in which all 1700 employees are partners.
Lowe graduated Magna Cum Laude from Rice University with a BA and BSEE degrees, and served two years in the U. S. Navy assigned to the Manned Spacecraft Center. Among his many awards, Lowe was the 2012 recipient of the B. Kenneth West Lifetime Achievement Award from the National Association of Corporate Directors; the 2002 recipient of the J. Erik Jonsson Ethics Award from the SMU Cary M. Maguire Center for Ethics and Public Responsibility; and the 2000 recipient of the National Ernst & Young Entrepreneur of the Year Award for Principle-Centered Leadership. He has also been awarded several honorary doctorates and serves on the Board of Directors for Zale Corporation, Drew Industries, KDC, and North Texas Board of Directors. He and his wife, Mary, have six grown children and nine grandchildren. 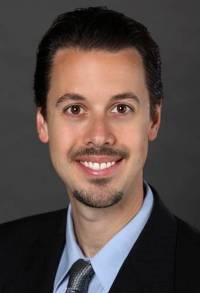 John Muros is a Senior HR Research Consultant with AT&T. He advises internal clients on selection testing, structured interviewing, surveys, and other people-related research projects. In previous roles, he has consulted with a diverse range of clients, including private industry, federal and state governments, and military and law enforcement organizations. John holds a Ph.D. in Industrial/Organizational Psychology from the University of Minnesota. He received his B.A. in Psychology and a B.S. in Communication Studies from the University of Texas at Austin. He is an active member of the Society for Industrial and Organizational Psychology, the American Psychological Association, and the Association for Psychological Science. His research has been published in top-tier, peer reviewed journals, and he has been invited to present frequently at a variety of professional conferences.