"It's All About People"

Southwest Airlines is known for following "The Golden Rule." Doing the right thing by employees and customers is inherent to who Southwest is as a company. Living the Southwest Way means a warrior spirit, a servant's heart, and a fun-LUVing attitude, and within each of these values are specific behaviors to help Southwest continue to be a safe, profitable, and fun place to work.

In 2014, Southwest Airlines made Fortunes list of the Worlds Most Admired Companies for the 20th consecutive year. Southwest ranked no. 9 on this prestigious list, and was the only commercial airline to make the top ten. How does Southwest find such happy employees? Even more importantly, how do they keep them happy?

Friday, March 20 SBN joined Julie Weber, vice president of people and Debra Benton, director of community programs and engagement as they highlighted and shared best practices utilized by Southwest Airlines in creating successful employee engagement and the impact it has on the triple bottom line of performance, people and planet. Best practices discussed included: 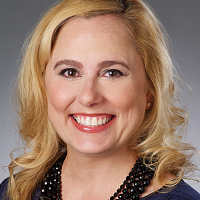 Julie Weber eads all aspects of human resources at Southwest Airlines, including hiring the right people at the right time with the right attitude, providing employees with equal opportunity for learning and personal growth, providing competitive and attractive benefits packages and assuring quality and depth of leadership throughout the company.Julie has more than 20 years of domestic and international human resources experience.

She began her career in human resources with Babich and Associates in Dallas. She joined MetaSolv Software (now an Oracle company) in 1996 and served as vice president, human resources from 2000-2006. Julie joined Southwest in 2006 as director of employment and most recently served as senior director of people. 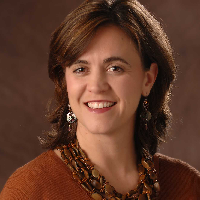 Debra Benton leads Southwest's efforts to do the right thing in the communities it serves. This includes charitable donations, employee volunteerism programs, such as the award-winning Adopt-A-Pilot program, and the corporate golf tournament benefiting Ronald McDonald House.

Since coming to this team, Debra has implemented several programs to enhance Southwests contributions to the community including the Tickets for Time program, Medical Transportation Grant program, Community Giving Boards, and several companywide initiatives such as the 2011 Tour 40, a celebration of Southwest Airlines 40th anniversary with 40 projects in 25 cities highlighting their commitment to the environment and volunteerism.Starting with Southwest in the marketing department in 1996, Debra was the director of loyalty marketing, overseeing the award-winning frequent flyer program, Rapid Rewards, and the partner relationships affiliated with the program.