The Philosophy Department is pleased to announce its 2017 Aquinas Lecturer and recipient of its Aquinas Medal: Dr. Holger Zaborowski, of Philosophisch-Theologische Hochschule, in Vallendar, Germany. After teaching for many years at CUA in Washington, DC, Holger Zaborowski holds the Chair of History of Philosophy and Philosophical Ethics at Catholic University of Vallendar, Germany. He specializes in modern philosophy, phenomenology, and ethics. His most recent book is Menschlich sein. Philosophische Essays (Being Human. Philosophical Essays; Freiburg / München: Verlag Karl Alber, 2016).

His lecture, “Going Beyond Oneself: The Revolution of Mercy," is scheduled for Thursday, January 26, in the Church of the Incarnation.

Dr. Zaborowski asks, "What is mercy? What does it mean to act mercifully? And why is mercy so important — not just in Christian or religious contexts, but also in a secular society?"

The lecture focuses on these questions and provides a philosophical approach to mercy. It shows that real mercy means to overcome selfishness and to go beyond oneself. 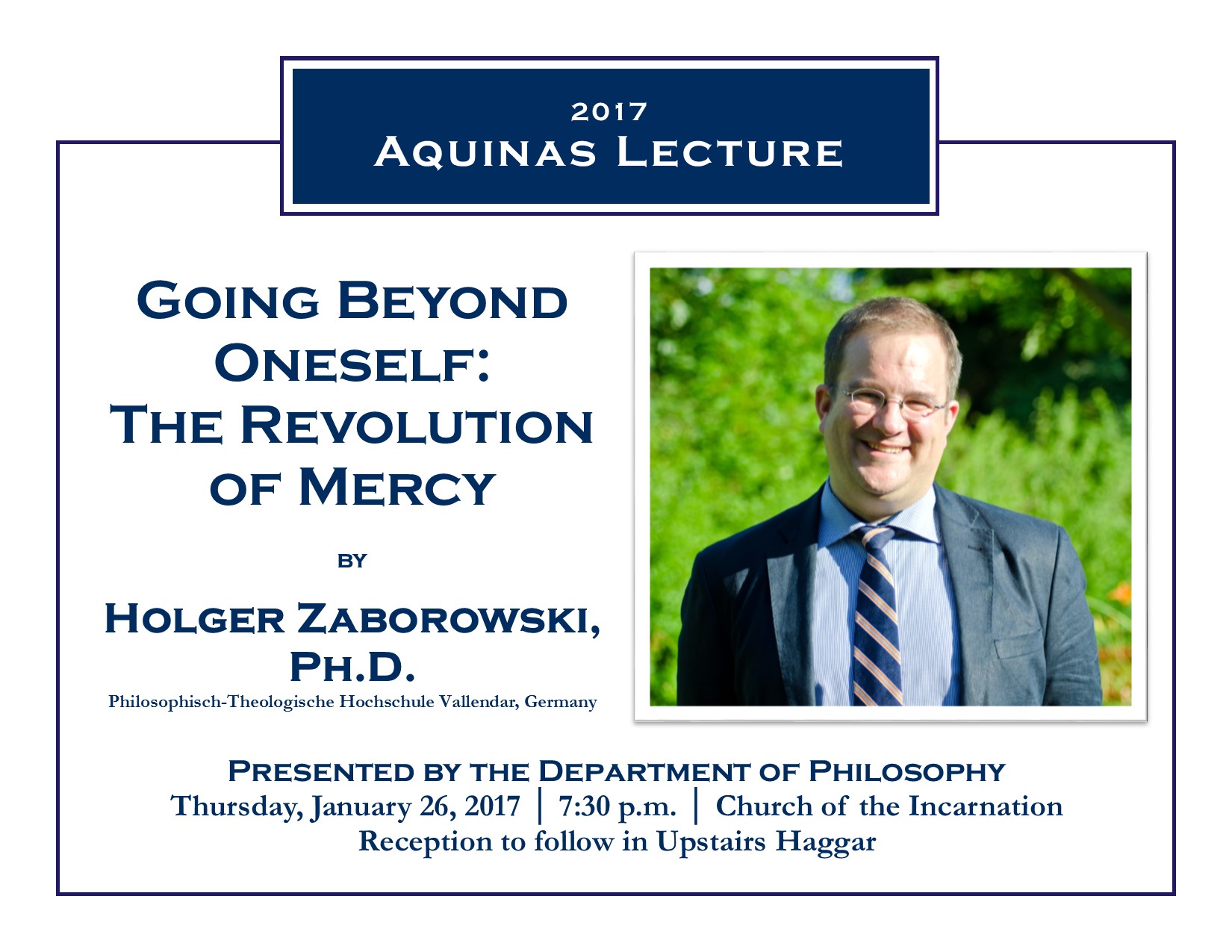 Public Lecture: Thursday, January 26, at 7:30PM in the Church of the Incarnation (reception following)