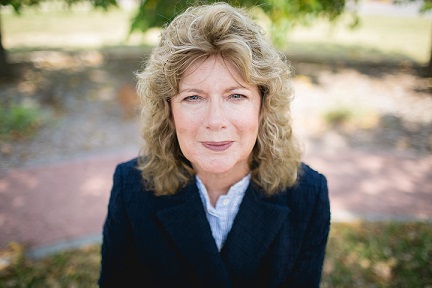 The Philosophy Department is pleased to announce its 2018 Aquinas Lecturer and recipient of its Aquinas Medal: Dr. Linda Zagzebski, of the University of Oklahoma. Linda Zagzebski is George Lynn Cross Research Professor, and Kingfisher College Chair of the Philosophy of Religion and Ethics, at the University of Oklahoma. Her lecture, “The Subjectivity of God," is scheduled for Monday, January 29, in the Multipurpose Room of SB Hall.

Christian philosophers have always talked about God’s objective attributes, ​e.g., omniscience, omnipotence, and perfect goodness. Generally, though,​ philosophers do not ask what God’s experience is like. Does God have experience? Does God have any conscious states other than pure thought and will? After describing the rise of the idea of subjectivity in the modern era, I show that something is missing from the traditional attributes: omnisubjectivity, i.e., the property of having a complete grasp of the conscious states of every conscious creature. But if God has omnisubjectivity, God must have his own subjectivity, i.e., conscious states of his own. I apply my view of the subjectivity of God to an interpretation of the difference between Persons of the Trinity.

Linda Zagzebski is Kingfisher College Chair of the Philosophy of Religion and Ethics and George Lynn Cross Research Professor in the Philosophy Department at the University of Oklahoma. She was President of the American Philosophical Association Central Division (2015-16) and is past president of the Society of Christian Philosophers, and past President of the American Catholic Philosophical Association. In 2015 she delivered the Gifford Lectures at the University of St. Andrews, Scotland, which was the basis for her book, Exemplarist Moral Theory (Oxford University Press, 2017). In 2012-13 she was awarded a Guggenheim Fellowship to complete her book, Epistemic Authority: A Theory of Trust, Authority, and Autonomy in Belief (Oxford University Press, 2012). Among her many other endowed lectures, she has given the Cardinal Mercier Chair Lectures at the University of Leuven, the Romanell Lectures of Phi Beta Kappa, the Joseph Lectures at the Gregorian University in Rome, the Wilde Lectures in Natural Religion at Oxford, the Kaminski Lectures at the Catholic University of Lublin, Poland, and the APA Dewey Lecture. Her other books include The Dilemma of Freedom and Foreknowledge, (Oxford University Press, 1991), Virtues of the Mind (Cambridge University Press, 1996), Divine Motivation Theory (Cambridge University Press, 2004), Philosophy of Religion: An Historical Introduction (Blackwell, 2007), and On Epistemology (Wadsworth, 2008). She has also published over a hundred papers in philosophy of religion, epistemology, and ethics. Some of her works have been translated into French, Spanish, Polish, Italian, German, Swedish, Turkish, Korean, Chinese, Russian, and Farsi.