The Evidence of Creation from 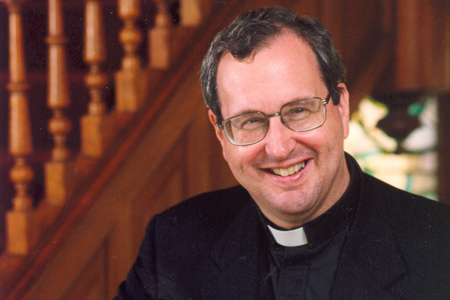 The UD Philosophy Department is pleased to announce its 2014 Aquinas Lecturer and recipient of its Aquinas Medal: Father Robert J. Spitzer, S.J., president of the Magis Center of Reason and Faith in Irvine, California. Before embarking upon his current work of intellectual evangelization that he is conducting through a number of foundations, Father Spitzer had a distinguished career in academe, which began with a position as assistant professor of philosophy at Georgetown University and culminatedonly about a decade laterin an extremely successful presidency at Gonzaga University. Father Spitzers intellectual interests are wide-ranging, but one of the foci of his reflections has been the dialogue between faith and science. He is particularly interested in the transcendent implications of the contemporary Big Bang cosmology, to which his Aquinas Lecture at the University of Dallas will be devoted. It will be entitled, The Evidence of Creation from Contemporary Big Bang Cosmology: Extending the Legacy of Monsignor Georges Lematre. Georges Lematre was the physics professor at the Catholic University of Louvain who first formulated the Big Bang hypothesis. The discussion following the lecture is going to be opened by a brief response from Professor Chris Mirus, of the UD Philosophy Department.

In conjunction with the 2014 Aquinas Lecture, the University of Dallas is going to launch the first volume of its new series of published Aquinas Lectures. Volume one contains the 2013 Lecture, which Professor John F. Boyle delivered under the title, Master Thomas Aquinas and the Fullness of Life.

The Aquinas Lecture is free and open to the public. Please click this link to register.

These events are free and open to the public. For more information, please contact the UD Philosophy Department by phone at 972-721-5161 or by email at phildept@udallas.edu.