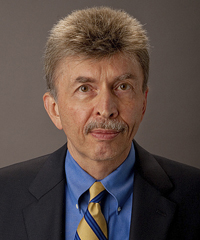 In the Author's Words
Sixty percent of U.S. households receive, on average, $3.10 in transfers for each dollar paid in Federal taxes. The other 40% of households get back $0.31in transfers for each dollar of Federal taxes paid. Federal taxes, as used here, comprise tax revenue from the Federal income tax, payroll tax, corporate income tax and excise tax for the year 2013 as outlined in the June 8, 2016 Congressional Budget Office report.

This is not saying that 60% of U.S. households do not pay Federal taxes. Most do pay Federal taxes but government transfers exceed the value of the Federal taxes paid. Transfers include cash payments from programs like Social Security, Supplemental Security Income and Temporary Assistance for Needy Families. CBO also includes the estimated value of in-kind benefits from programs like Medicaid, housing assistance, energy assistance and Supplemental Nutrition Assistance Program vouchers.

In perspective, in 1979, 80% of households paid positive net Federal taxes and only 20% of households received more in government transfers than they paid in Federal taxes. Between 1979 and 2013 the U.S. transitioned to a much larger and more comprehensive income redistribution system. To sustain the current degree of income redistribution, in the face of large entitlement increases in future years, economic policies need to enhance incentives to save, invest, work and grow incomes and, as a result, generate Federal tax revenues.