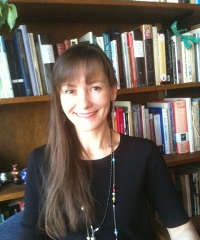 In the Author's Words
This new Afterword to the Signet Edition of The Secret Agent challenges the claim that Conrad’s novel about anarchy in nineteenth-century London itself offers a bleak and nihilistic ethics. Rather, I argue, the narrative invites us early on—and explicitly—to distinguish an empty abyss from a substantive depth, moving us towards the “inwardness” of individuals and politics. Instead of undermining moral concerns, the novel’s disorienting narrative features—its irony, chronological jumps, and shifting points of view—work to guide us towards deeper understanding both on an individual and political level. The narrative develops Winnie Verloc’s individual ethical dilemma by gradually revealing her violent and vulnerable experience while parodying the scientific determinism indifferent to it. Politically, the novel reflects a Montesquieuan understanding of political culture and the salient differences between regimes: by contrasting how Mr. Verloc (the beneficiary of law) and Mr. Vladimir (the ambassador of autocracy) each respond differently to the prospect of being arrested, the narrative suggests that substantive political choices depend upon what citizens assume about their own recourse to the process of law. At the same time, Conrad does not let us rest smugly in this political distinction. If the novel leads us to consider that the rule of law ends where a culture of fear begins, it does so not just as a foreign affair, but also as an internal peril. In this way, the novel’s insights do not preclude mystery in the deepest sense, a depth which is not empty, but full. The Secret Agent thus invites—as Conrad’s unsettling endings ever invite—not a moral or political abyss, but grounded reflection upon  the palpable choices and complex truths that might lie beneath the surfaces of the texts and human beings we encounter.