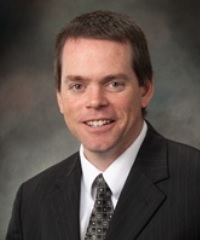 In the Author's Words
Among jurists, there is a widespread belief that the authors of the Fourteenth Amendment did not expect it would adversely affect “anti-miscegenation” (or racial-endogamy) laws. To cite perhaps the most prominent example, the Supreme Court in Planned Parenthood v. Casey relied chiefly on this conclusion to resist the “tempting” view that the Fourteenth Amendment should be interpreted consistent with its original understanding:

“Marriage is mentioned nowhere in the Bill of Rights and interracial marriage was illegal in most States in the 19th century, but the Court was no doubt correct in finding it to be an aspect of liberty protected against state interference by the substantive component of the Due Process Clause in Loving v. Virginia, 388 U. S. 1, 12 (1967).”

This study challenges this conclusion by considering substantial historical evidence, much of which has not been addressed by contemporary legal scholars. This study proves, by a strong preponderance of the evidence, that the Fourteenth Amendment, as understood by the officials that proposed, ratified, and initially interpreted it, precluded the making or enforcing of racial-endogamy laws, insofar as such laws prohibited or invalidated interracial marriages between citizens of the United States.