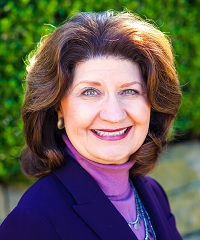 In the Author's Words
Liturgy is formative, contributing to Catholic Identity. To make the formative nature of liturgy more explicit, the General Directory for Catechesis and the National Directory for Catechesis highlight the integration of liturgy and catechesis through liturgical catechesis.  Such integration draws upon the inductive as well as deductive operations of both liturgy and catechesis. Liturgy as formation depends on an experience of liturgy that includes and goes beyond learning about liturgy. Those who participate in liturgy also need to reflect on the liturgical experience and the languages of liturgy in relation to life experience. Such liturgical language goes beyond official prayers and assembly responses.  It includes biblical and liturgical signs, symbols and images; ritual movements and gestures in the context of worship and prayer as a gathered assembly; and, appropriate liturgical music, which can reinforce scriptural texts and images that touch a person affectively.  Liturgy as formative intends to contribute to and support conversion to Jesus Christ, compel  participants to desire intimate communion with Christ, and transform human thoughts, beliefs, behaviors and practices in conformity to the mission Christ left to the Church. Conversion, communion and transformation, constitutive of Catholic Identity, demand an explicit liturgical catechesis to effect liturgy as formative.