A Mother's Love During Difficult Times 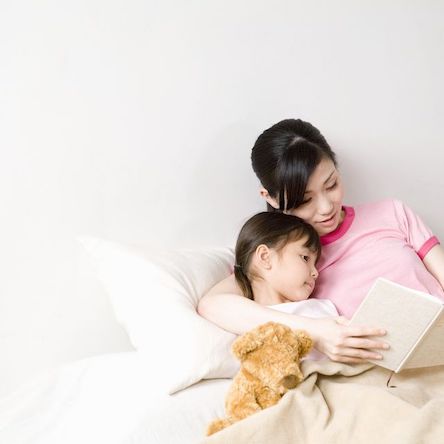 My paternal grandparents left their beloved Spain and became war refugees not long after the end of the Spanish civil war in 1939. Leaving everything behind was especially hard for my grandmother, who had to detach from all, except for her family and her faith, to go live in a foreign country. Consequently, my beloved grandma was usually a quiet woman, and she particularly did not like to talk about the war. She had only two things to say about it: that she did not wish to live through another one, and that the only kind of love that could naturally survive in times of war, was that of a mother for her children. After reflecting on the boldness of her statement, she would add that there may be, of course, honorable exceptions. Either when I totally agreed, somewhat agreed, or totally disagreed with her, those words have ever been present in my contemplation of a mother’s love.

Most people reach a time in their lives when they realize that they have been gifted with the best mother in the world. I have. Today, I see that what pestered me about mom when I was a teen has actually helped me to become a better person. Particularly, I used to find mother’s faith irritating. She has always been deeply and, I thought, “loudly” devoted to Mary. Thus, I grew up with the impression that Our Lady was some kind of magical being. Still, on my own childish way, I held a special regard for the Queen of Heaven. As I grew up and learned the difference between “adoration” and “veneration,” and that Mary does not perform any miracle by herself, but it is God who does so through her, I felt deceived, almost betrayed. Therefore, my image of Our Lady was left in shambles. Little did I know that my Heavenly Mother was happy to stand aside, so that I would finally encounter her Son. What could make her a better mother? She allowed me to discover the meaning of love by experiencing what it is not! It is truly difficult to put into words. Nevertheless, I yearned for that motherly protection. Thus, took only one casual prayer: “Who are you Mary? I miss looking up to you. I wish I could know you,” for me to discover the indescribable grace of loving the Mother of Our Lord. I recognized that it is through Mary, that we go to Jesus, just as the Father chose her to send his only Son into the world. Hence, my mother’s prayers were answered.

May is the month of Mary and it is also when we celebrate “Mother’s Day.” I like to think of it as an invitation to honor every woman’s vocation to love. In praising woman, Pope Saint John Paul II said that, “putting herself at God’s service, she also puts herself to the service of others: a service of love.”1 Yes, everyone is called to love, although, as a woman, I believe that we are the guardians of love. Allow me to explain through the lens of Scripture. In Genesis, we learn that Adam needed to “see” himself reflected in Eve to recognize himself as a person: “This one, at last, is bone of my bones and flesh of my flesh” (Gn 2:23). He was not complemented by any of the animals that he was naming and, thus, needed help to not be alone. In a way, woman was called to help man to recognize and embrace his humanity.

Mary is the perfect example of womanhood and, although I might have been a little disappointed when I realized that she was not the magical being I had imagined, she proved to be so much more than that. Getting to know her has unveiled a beautiful meaning to my life and my relation to others. She is so perfect that, when I am expressing my gratefulness to her, she immediately points to her Son, and then reminds me of my own mother. The day I asked her what it would be like to give her a big hug, she responded with a memory of my mom’s embrace at the airport every time she comes for a visit.

Probably this is what my grandma meant when she spoke of a mother’s love and its ability to withstand the most difficult of times.