IRVING, TX -- Senior Brandon Ashton had a profound experience in his work on his Pastoral Ministry Capstone Project. His goal? Combat indifference among the young. 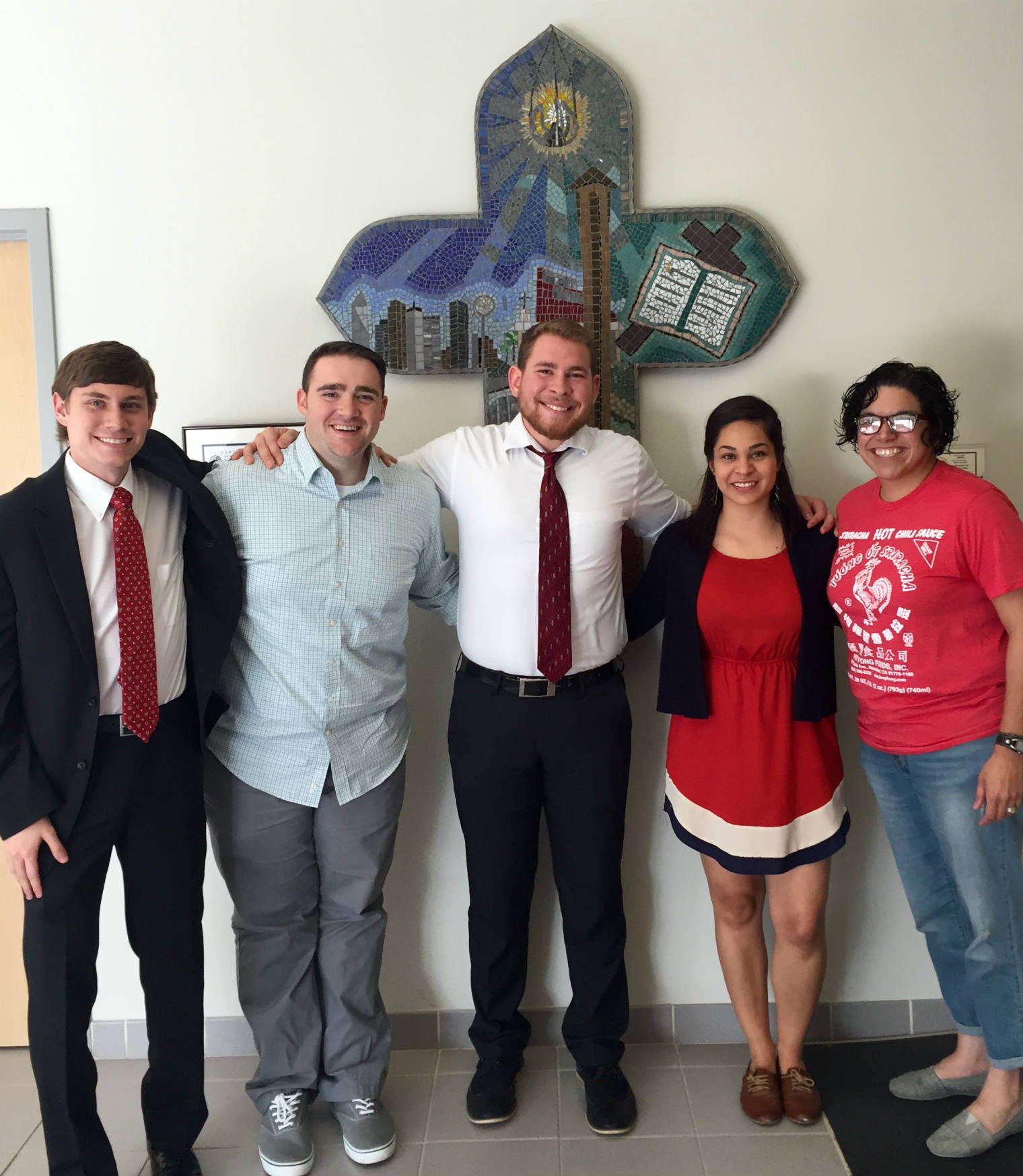 Entitled, “Living with Purpose,” Brandon Ashton’s Capstone Project with the Neuhoff Institute sought to counter what Ashton discovered to be a growing problem among today’s teens: indifference.

Taking inspiration from Elie Wiesel’s wise words: “The opposite of love is not hate, it's indifference,” Ashton developed a series of youth group meetings for teens at St. Ann’s Catholic Parish in Coppell, TX Diving into the Social Justice teachings in the Catholic Church--deep issues teens don’t usually have the opportunity to discuss-- Ashton stated, “We’ve done nights on poverty, nights on homelessness and nights on human trafficking.”

Ashton rooted the premise of the youth meeting series in scripture--particularly, in the Book of Revelation: “I know your works; I know that you are neither cold nor hot. I wish you were either cold or hot. So, because you are lukewarm, neither hot nor cold, I will spit you out of my mouth” (Rev  3:15-16).

“Being lukewarm is what indifference leads to, and it’s a problem,” Ashton said.

Ashton faced the challenge of how to spin this into a positive--not pessimistic--message for the teens by turning again to scripture, this time to St. Paul’s First Letter to the Corinthians: “Do you not know that the runners in the stadium all run in the race, but only one wins the prize? Run so as to win. Every athlete exercises discipline in every way. They do it to win a perishable crown, but we an imperishable one. Thus I do not run aimlessly; I do not fight as if I were shadowboxing. No, I drive my body and train it, for fear that, after having preached to others, I myself should be disqualified” (1 Cor 24-27).

“This verse shows that whatever you do needs to have a purpose, and I really wanted to get that across to them--to show them that purposes are inspiring,” Ashton said. “For example, why do you get out of bed everyday? You have to ask those questions to figure out why you do what you do.”

In addition to helping the teens in his program grow, Ashton also grew personally throughout the course of his Capstone.

“It has taught me a lot of practical organization,” Ashton said. “You also have to be quick on your feet. For example, in 15 minutes I had to come up with a new activity on the spot!”

“I don’t know what kind of impact I have had, but I trust in the Holy Spirit to work through it,” Ashton said. “I’m just a seed-planter--I have no idea when the fruit will grow or if it will grow--that’s all in God’s hands.”

Grappling with deep issues is a fundamental part of youth ministry, which helps teens to think about the problems that plague our world. It helps to fight against indifference.