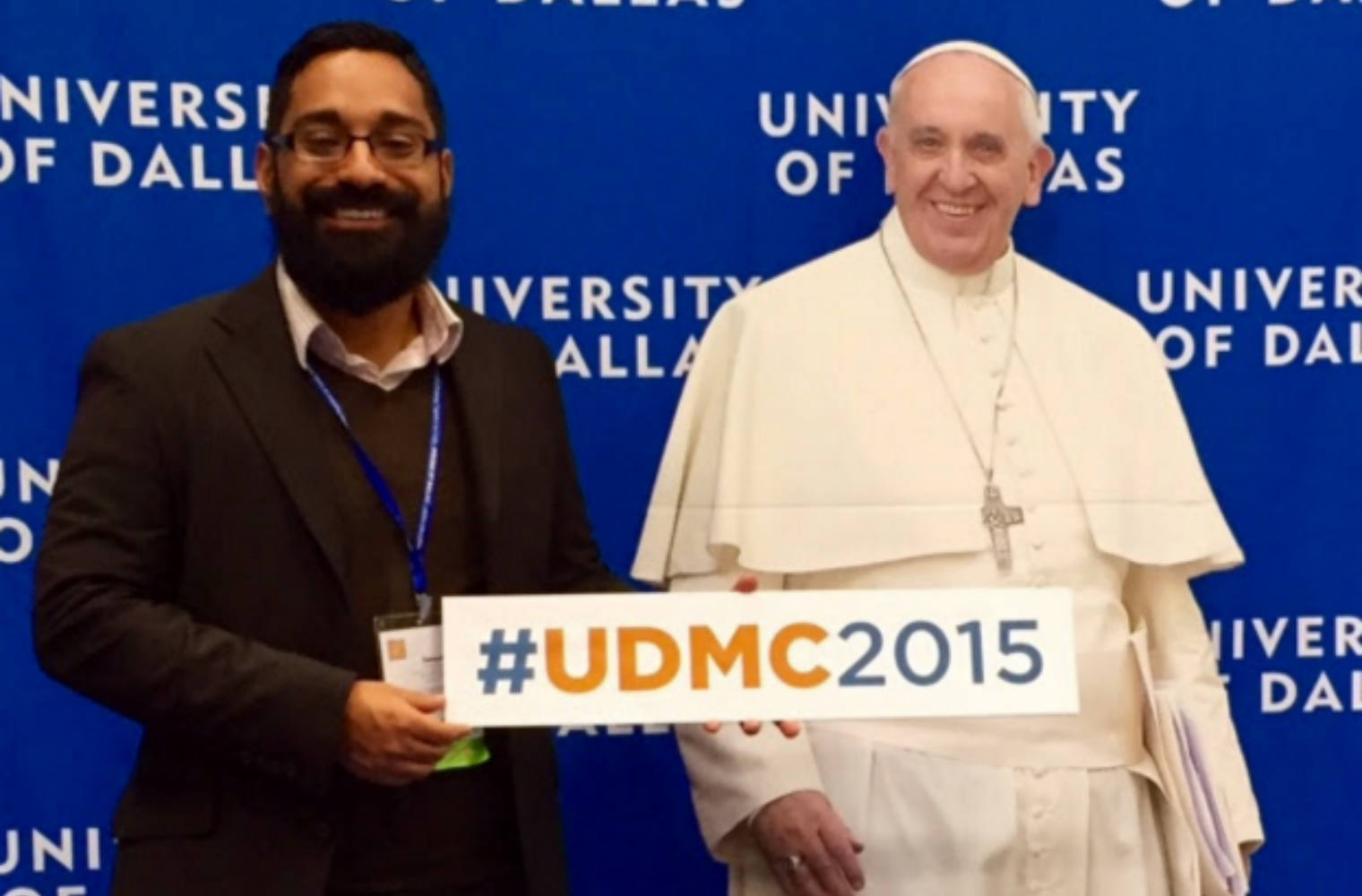 Spoken-word artist. International mission trip leader. Campus minister. Intercultural ministry specialist. All of these words can be used to describe Sammy Argumaniz, MTS ‘10 in his one mission to serve Christ.

Growing up Catholic in the small West Texas town of Abilene, Argumaniz was well-attuned to the need for good youth ministry programming there and in the surrounding regions. After finishing his undergraduate degree at Hardin-Simmons University, he discerned several different options for his next steps.

At the time, Argumaniz was involved in youth and music ministry programs in Abilene and was well on his way to forging a life dedicated to evangelization and service. Upon hearing good things about the University of Dallas in the Abilene community and becoming intrigued by the Neuhoff School of Ministry’s mission to provide theological education for transformative service, Argumaniz decided to begin his Master of Theological Studies by enrolling in online theology classes as he continued working in his hometown.

"I wanted to participate in a program at a school known for its academic rigor where I could also gain practical experience through an internship. I discovered that the School of Ministry is a gem in the Dallas area — and beyond — for people who want to be equipped for ministry in the church," said Argumaniz.

Argumaniz continued his online classes while working in West Texas until a campus ministry opportunity arose at Southern Methodist University. Argumaniz accepted the offer and moved to Dallas, which also meant he could try taking his theology and ministry courses on campus.

“My time at the University of Dallas helped take me from a young man with good intentions to a well-trained ministry professional,” Argumaniz said.

Since graduating, Argumaniz has served as a campus minister at Southern Methodist University (SMU) and as a ministry development strategist for the Diocese of Dallas, focusing particularly on intercultural ministry.

A young professional with many talents and a passion for spreading the Word, Argumaniz also leads mission trips to Nicaragua, speaks to youth and young adults at conferences across the United States and performs hip-hop and spoken word.