Boomtown: UD Stands to Gain as Development Surges All Around 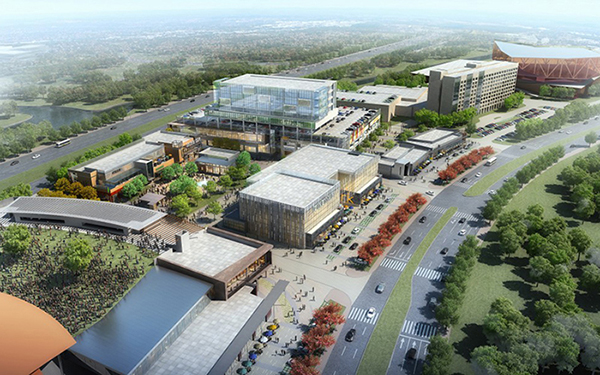 After the Dallas Cowboys played their last game of the Texas Stadium era in 2008, many contemplated Irving’s future and its ability to attract more residents, visitors and development. Now, nearly a decade since America’s Team left town, the area, like the University of Dallas, is undergoing a transformation of its own on a scale not seen in Las Colinas since its formative years decades ago.

Right before our very eyes, one of North Texas’ first mixed-use, planned communities is remaking itself into a powerhouse entertainment destination much to the delight of the UD community, which sits less than three minutes away.

Several major developments are expected to be completed or begin construction in 2017. Those include the 250,000-square-foot Music Factory anchored by an 8,000-seat indoor/outdoor amphitheater; the highly anticipated mixed-use waterfront development Water Street; and Hidden Ridge, a state-of-the-art urban development that will incorporate telecom giant Verizon’s new headquarters.

With these new developments, Irving-Las Colinas will undergo more than just a physical transformation, and it will undoubtedly benefit UD students as it becomes a magnet for more jobs. In fact, city officials expect the area to exponentially build upon the more than 20,000 jobs added since 2009.

“These new developments are going to attract a whole new generation of millennials to Irving.”

“These new developments are going to attract a whole new generation of millennials to Irving,” said Irving-Las Colinas Chamber of Commerce Director of Intelligence, Innovation and Education Dexter Freeman, MBA ’11, who also happens to be president of UD’s National Alumni Board. “Irving has already been identified by WalletHub as one of the top places to start a career, and these new projects will make that even more so.”

According to Freeman, Irving-Las Colinas already claims the second largest office market in Dallas/Fort Worth and is North Texas’ third largest employment center; 54 Fortune 500 companies operate from headquarters located in Irving. Because success breeds success, and because Irving-Las Colinas sits at the center of America’s fourth largest metro area, the city has been able to replace the economic doom and gloom with a boost of confidence from innovative mega-developers like the ARK Group (The Music Factory) and Dallas-based KDC (Hidden Ridge).

So, what will Irving-Las Colinas’ retail and entertainment landscape look like when all is said and done around 2020? 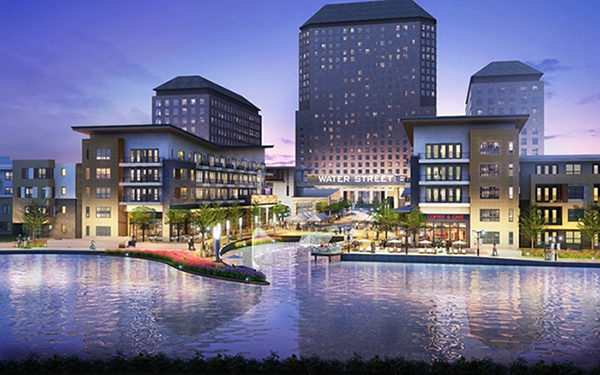 Located on the edge of Lake Carolyn in the core of Las Colinas’ Urban Center, Water Street is Irving’s latest lakefront development, and once complete will add more than 60,000 square feet of retail shops and eateries, including an Olivella’s Pizzeria and a Twisted Root Burger Bar. The $100 million project will also include 316 high-end apartments.

“UD students will now be just one DART stop away from upscale retail shops and restaurants on Water Street,” said Irving-Las Colinas Chamber of Commerce Vice President of Economic Development & Operations Don Williams. “If you're a student located next to this much activity — that’s just gravy on top.” 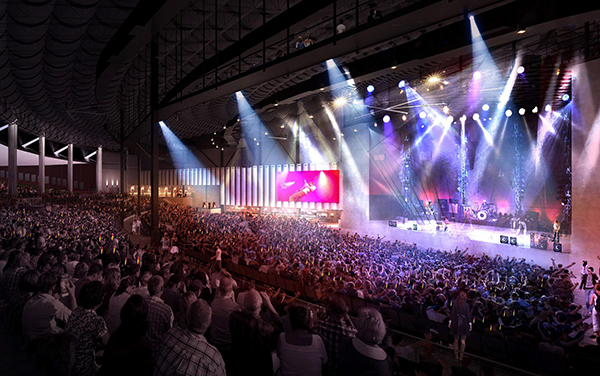 Costing roughly $173 million, the 350,000-square-foot Music Factory, with its location adjacent to the Irving Convention Center off Highway 114, will expand Las Colinas’ Urban Center and create one of North Texas’ largest entertainment districts. An all-in-one dining and entertainment destination, the new development will feature an indoor-outdoor music venue operated by LiveNation, a comedy house and a dining movie theater, plus more than 20 restaurants and retail shops.

“Most students don’t have access to this sort of destination unless they attend a university in the downtown area of a major city,” said Williams. “The Music Factory will give UD students convenient access to world-class entertainment virtually in their own backyard.”

Both Water Street and The Music Factory will be serviced by the DART Orange Line via the Las Colinas and Irving Convention Center stations. They are expected to open Labor Day 2017. 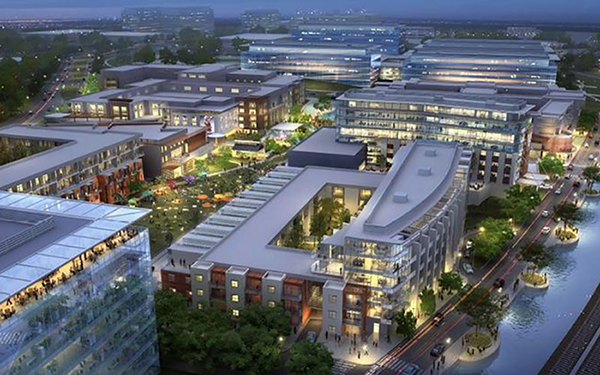 A partnership between the city of Irving and Verizon, construction on Hidden Ridge is slated to begin early next summer and will include the company’s 900,000-square-foot global headquarters. The 157-acre mixed-use development will cost a proposed$1.5 billion. Pioneering Verizon’s “Smart Cities” technologies  — aimed to improve quality of life using technology — Hidden Ridge is being planned as a walkable, transit-oriented development.

“Verizon’s objective is to make this one of the most unique sites in the world,” said Williams.

The development will have room for an estimated 10,000 employees, including a 150-room hotel, 85,000 square feet of retail and restaurant space, and apartments and homes. Feeding off Verizon’s campus, Hidden Ridge will also include its own DART station.