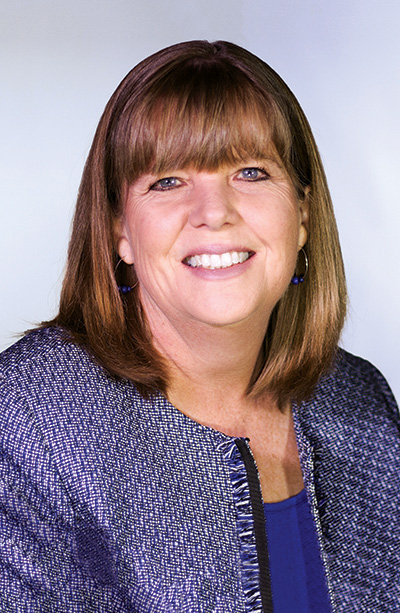 This group went on to found The Theology of the Body Evangelization Team Inc. (TOBET)  on the Feast of the Immaculate Conception, Dec. 8, 2001.

“We didn’t know at the time that Dec. 8, 1974, was the first time Father Karol Wojtyła sat a few feet from the Blessed Sacrament to begin composing by hand Theology of the Body in Polish,” said Ashour. “The Vatican was not yet publishing the personal writings of popes, so when elected, Wojtyła divided the material into 133 talks given during his weekly audiences.” These talks are now compiled and published by Pauline Books and Media.

From the outset, TOBET has been influenced by its UD roots.

“We decided on various by-laws for TOBET because we were studying political philosophy at UD through the Dallas Institute of Humanities and Culture,” explained Ashour. “I remember many arguments about how best to found an organization to help the church; I’d say the heated discussions paid off!”

For Ashour and Stuart, their Master of Humanities experience at UD was particularly formed by the late University Professor Louise Cowan, and this experience in turn formed their experience of Theology of the Body, which they brought to TOBET.

“Most Theology of the Body speakers nowadays have degrees in theology, but what TOBET adds to the mix is attentiveness to beauty, truth and goodness through the perspective of the humanities,” said Ashour. “As Dr. Cowan taught, literature is a mode of knowledge. I remember studying Theology of the Body with the original nine co-founders, and often we would be struck by something from the Theology of the Body text, then DeAnn and I would relate it to a piece of literature.”

For example, the ending of Fyodor Dostoevsky’s The Idiot underscored that neither the angelism of Myshkin nor the animalism of Rogozhin could save Nastasya, a dilemma addressed by the anthropology of Theology of the Body. Or Gerard Manley Hopkins’ sprung rhythm, which “fathered forth” the beauty and texture of God’s grandeur, helped the group to see St. John Paul’s Theology of the Body as delight in the wonder of being made in God’s image and likeness.

Ashour, in her work with TOBET over the past 17-plus years, has now read Theology of the Body 14 times, despite its philosophical complexities.

“We who are from the University of Dallas love reading the original text of whatever we study,” she said. It wasn’t until her seventh time through, however, that she felt like it finally all came together.

“I was finally able to see the trajectory of various concepts leading to the last chapter,” she explained. “I also had puzzled about why it was called an anthropology since so many people taught it as a sexology. Then, I noticed that Pope John Paul II consistently used the expression, ‘the human, particularly male and female’ or ‘the body, with its sexuality,’ realizing he was showing that everyBODY was a gift; this was not a sexology but a ‘total vision of man,’ as Pope Paul VI had asked for. And since being an ‘ecclesial person’ is our ‘deepest identity’ (Angelo Cardinal Scola), I began to see Theology of the Body as a powerful way of understanding ecclesiology. For after all, if we only focus on Jesus without His Bride the church, that is not the full picture of the Gospel. The Marian dimension needs to be highlighted or else we fall into a programmatic, male-dominated church, as Pope Emeritus Benedict reminds us in Mary: The Church at Her Source.”

TOBET’s latest project is a series of books, The Body Matters, for preschoolers through eighth-graders.

“The Body Matters is the result of requests from parents and teachers and catechists, as well as the six bishops on TOBET’s Episcopal Advisory Board. Schools, faith formation and homeschool groups around the country are beginning to implement it,” said Ashour. “We hope parents will read it with their children so that they, too, will see the truth of the human (as a ‘body-person,’ a term coined by Pope John Paul) made in the image and likeness of God.”

Ashour has also published three award-winning board books (TOB for Tots) through Pauline Books and Media: EveryBODY Is Smart, EveryBODY Is a Gift, and EveryBODY Has a Body.

“The world skips over the body — St. John Paul calls it ‘detachment,’ that our culture thinks the body has no meaning. Also, we lack ‘consciousness of the spousal meaning of the body’ (the fact that the body teaches us we are a gift). To counter that, I wanted to form children at a very early age (1-5-year-olds) to be aware of the truth of the body,” explained Ashour.

“As a former teacher, I was able to ‘translate’ Theology of the Body into children’s books based on their intellectual, religious and sexual development, not bringing up sexuality until the seventh grade,” said Ashour.

TOBET is for adults, too, specifically those preparing for marriage.

“TOBET’s Theology of the Body Marriage Preparation book is structured around the ‘4 Fs’ from Humanae Vitae’s statement about love: ‘Free, Full, Faithful and Fruitful,’” said Ashour. “I am delighted that parishes around the country find it so helpful. Theology of the Body gives the ‘whys’ behind the ‘whats’ of church teaching. In this critical time when so many things mitigate against church teaching, the ‘whys’ may save the day.”

“Dr. Louise Cowan once said that she expected the University of Dallas to change the world. St. John Paul said that it is culture which impacts people, and my goal is nothing less than a cultural change, beginning in the U.S. (although Canada and Australia are bringing me in to speak to catechists and teachers) and going beyond,” said Ashour. “I will be in Rome this summer, and I am planning on setting aside an entire day to pray in St. Peter’s next to the tomb of St. John Paul the Great, thanking him and Our Lady for their intercession. I am humbled by and gratified in the completion of TOBET’s The Body Matters, representative of what George Weigel recently called the ‘Easter Effect,’ a program that brings hope to many at our present time.”