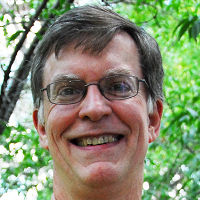 The Charles Koch Foundation is partnering with UD to supplement Scottish Enlightenment, a course taught by Charles Sullivan (at right), associate professor of history and department chair. This course will provide opportunities for UD students to encounter and examine critically a variety of perspectives on the continuing relevance of the Scottish Enlightenment, an 18th century intellectual movement often described as Scotland's "Golden Age," to classically liberal constitutionalism and the free enterprise system.

"This gift will make it possible to invite leading Scottish Enlightenment scholars to the University of Dallas to address perhaps one of the most critical questions of modernity: what are the moral and political preconditions of a successfully functioning commercial society," said Sullivan.

Both the university's general focus on Western civilization and the Western intellectual tradition and this particular course's focus on the moral and legal preconditions for the effective functioning of market economies provide a natural alliance with the kind of programs the Charles Koch Foundation is interested in promoting.

The Charles Koch Foundation has long had a fruitful relationship with the University of Dallas.