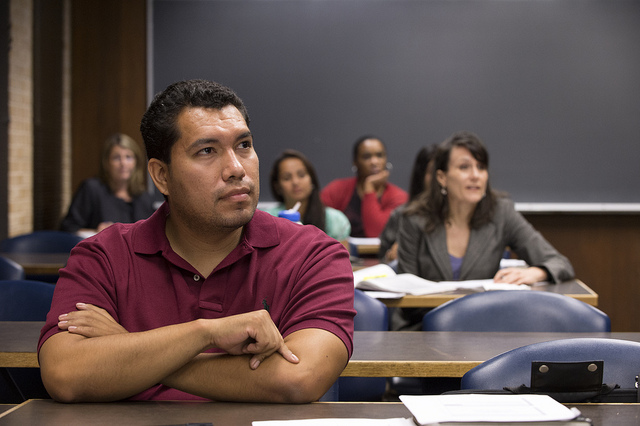 UD's Graduate School of Management (GSM) has once again been named to Victory Media's coveted "Military Friendly Schools" list. Victory Media is the premier media entity for military personnel transitioning into civilian life, and its 2013 Military Friendly Schools list honors the top 15 percent of colleges, universities and trade schools that are doing the most to embrace America's military service members, veterans and spouses as students and ensure their success on campus. UD has been named to this list for the past three years.

More than 1,700 higher education institutions and trade schools are a part of this year's list and exhibit leading practices in the recruitment and retention of students with military experience. The GSM has furthered its recognition in the Military Friendly Schools list this year by increasing military student benefits and aid programs. Additionally, military students are accommodated in various other ways, including enrollment flexibility, online classes and tuition assistance.

"The College of Business is pleased to be recognized as a 'Military Friendly' school," said Robert Scherer, College of Business dean. "Our online courses are well-suited for students who are active in the military or transitioning to civilian careers. In addition, several members of our faculty and staff have served in the military, so we understand firsthand the unique needs of our military students."

The university's veteran specific website can be found at udallas.edu/offices/veterans.

Now in its fourth year, the list of Military Friendly Schools was compiled through extensive research and a data-driven survey of more than 12,000 VA-approved schools nationwide. A full story and detailed list of the 2013 list will be highlighted in the annual G.I. Jobs Guide to Military Friendly Schools, distributed in print and digital format to hundreds of thousands of active and former military personnel in early October. The complete list can be found at www.militaryfriendlyschools.com/mfslist.aspx.