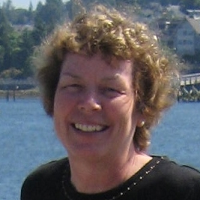 Introduced by Executive Vice President and Provost Bill Berry as frank, straight-forward and thoughtful of others, Hicks has generated countless research opportunities for UD physics students. In addition, she served as Faculty Senate chair and helped organize the Across the Core lecture series on how each discipline relates to the Core curriculum.

"She both represents and prompts in us our best instincts as a faculty," said Berry.

The King Fellow Award is awarded to a faculty member who has taught in a full-time capacity for more than eight years. The recipient of what is considered to be the highest faculty honor must have also made a significant contribution to the university through scholarly work, excellence in teaching and as an exemplary colleague.

"It is universally acknowledged that our 2013 Haggar Fellow has been a gift to his department," said Blake Frank, associate professor of business, of Osborn. A well-known scholar and an accomplished poet, he has been instrumental in bringing poets and creative writers to campus through the Stark Visiting Writer Series and supported students as they were starting Irving Renaissance, a creative writing group. Osborn is currently teaching on the Eugene Constantin Rome Campus.

The Michael A. Haggar Fellow Award is given to an outstanding junior faculty member who has served the university full-time for no more than eight years.

Student and alumni selected recipients of the Haggerty Teaching Excellence Awards, which recognize faculty for dedication and excellence in teaching. This year's winners are:

King/Haggar Scholar Awards were presented to the following faculty members to support research and scholarly development:

Sabbaticals were granted to the following full-time, tenure-track faculty members.

TOP PHOTO: Sally Hicks pictured with 2012 King Fellow Charlie Sullivan. 2013 Haggar Fellow Andrew Osborn is teaching in Rome and was unable to be present for the ceremony.