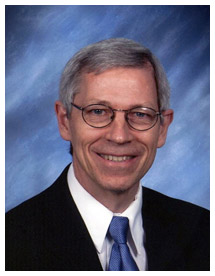 Dr. Eaker is a nationally respected chemist and a peerless administrator. We are fortunate to have the benefit of his leadership and guidance and as we move forward, said President Thomas W. Keefe.

Under Eakers tenure as dean of the university's undergraduate college, the university added cooperative degree programs with Texas Womans University in nursing and with the University of Texas at Arlington in engineering, in addition to reviving the computer science major and pioneering a Human Sciences in the Contemporary World Program.

In addition to teaching and research, Eaker, a theoretical chemist specializing in reaction dynamics, has served as an educational consultant to Texas Instruments. He has written activities and developed workshops to educate teachers about innovative ways to present scientific concepts and to apply new methods of scientific data collection and analysis.