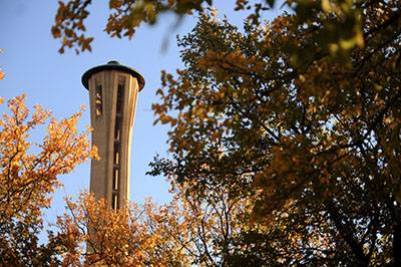 Wall Street Journal columnist William Galston, George Mason University law professor Michael Greve and New York Times columnist and author Ross Douthat will participate in the University of Dallas’ event “A Conversation on Economic Inequality” on Friday, Nov. 6, at 4 p.m. The general public is invited to the conversation, which is sponsored by the American Public Philosophy Institute (APPI), and will be held in Lynch Auditorium at the University of Dallas, 1845 E. Northgate Dr. in Irving, Texas.

“Economic inequality is a central issue of U.S. political discussions these days, and having three outstanding public commentators with quite different positions should make for a very informative evening,” said APPI President and University of Dallas Professor of Politics Christopher Wolfe.

William Galston holds a chair at the Brookings Institution and is a Wall Street Journal columnist. He formerly taught at the University of Texas and was professor and dean at the School of Public Policy at the University of Maryland. He also served as deputy assistant for domestic policy to former President Bill Clinton.

Michael Greve is professor of law at George Mason University Law School. Previously, he served as director of the Federalism Project at the American Enterprise Institute. He founded and, from 1989-2000, directed the Center for Individual Rights (CIR), a public interest law firm.

Ross Douthat has been a New York Times columnist since 2009 (the youngest in the paper’s history). Before joining the Times, he was a senior editor at The Atlantic. His published books include “Bad Religion: How We Became a Nation of Heretics” (2012) and “Grand New Party” (2008) with Reihan Salam.

The event will begin at 4 p.m. with presentations from all three participants, break during the dinner hour, and then resume with responses, an hour of conversation among the panelists, and a question-and-answer session. The conversation will be moderated by Wolfe.

APPI is a group of scholars from various disciplines and universities that promotes a natural law public philosophy rooted in the principles of the American Founding, pursuing freedom and prosperity, grounded on the moral integrity of the culture and on the institutions (e.g., families and churches) which bear the primary responsibility for the inculcation of civic virtue. The organization, which was founded in 1989, moved to the University of Dallas in 2014.