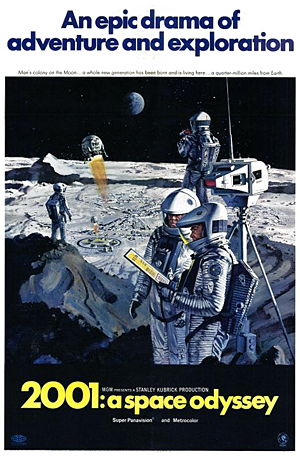 It's no secret that FS, longtime movie reviewer for student-run paper The University News, is actually respected movie critic and Associate Professor of History Frank Swietek. Here, FS turns his eye from new releases to classic films for the whole family. While some movies, Swietek warns, will test the patience of the very youngest viewers, these films should hold the attention of children 10 years and older.

1) The Music Box (1932)
"A short that's the masterpiece of the greatest comic team of all time, Laurel and Hardy," said Swietek.

2) Duck Soup (1933)
"The ultimate in the inspired lunacy of the Marx Brothers," according to Swietek.

3) It's A Gift (1934)
"The story of an unfortunate grocer who aspires to own an orange grove. W.C. Fields at his curmudgeonly best," said Swietek.

5) The Ghost and Mrs. Muir (1947)
"A charming fantasy about the romance between a ghost and a living woman, enhanced by one of the finest music scores ever (by Bernard Herrmann)," said Swietek.

6) 2001: A Space Odyssey (1968)
"Stanley Kubrick's mesmerizing philosophical sci-fi epic, slow but engrossing and an inspiration for so much that followed," said Swietek.

8) O Brother, Where Art Thou? (2000)
"The Coen Brothers comic adaptation of The Odyssey, with a delightful music score and a homage to Sullivan's Travels," said Swietek.

Read more of Swietek's reviews on The University News or his personal site, One Guys Opinion.