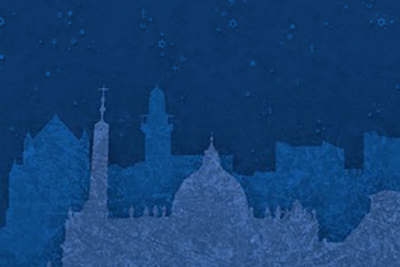 Fifty years ago, Jewish-Catholic relations were forever changed when the Catholic Church published a groundbreaking declaration promoting healing and growth between Catholics and Jews. In celebration of the last five decades of friendship, Dallas’ Jewish and Catholic communities will join with the University of Dallas to present “Nostra Aetate – 50 Years Later: Commemorating Jewish-Catholic Relations,” a joint address by Rabbi David Rosen, former chief rabbi of Ireland and international director of interreligious affairs for the American Jewish Committee, and Bishop Brian Farrell, Vatican secretary of the Pontifical Council for Promoting Christian Unity.

The event, which will take place at the Morton H. Meyerson Symphony Center on Wednesday, Nov. 4, at 7 p.m., is a collaborative effort of the University of Dallas, the Jewish Community Relations Council of the Jewish Federation of Greater Dallas and the Catholic Diocese of Dallas. The Morton H. Meyerson Symphony Center is at 2301 Flora St. in the Dallas Arts District.

For more information or to purchase tickets, visit udallas.edu/50years. General admission is $20. University of Dallas students staff and faculty can attend for free by using the code UDALLAS1956. Doors will open at 6:30 p.m., with a choral performance by the Temple Emanu-El choir and UD Chorale running from 6:30-7 p.m.

“Rabbi Rosen and Bishop Farrell are both exemplary men of faith who live out on a daily basis the spirit of ecumenism and interreligious dialogue. We are honored to be able to host this opportunity for two ancient faiths to celebrate how far we’ve come and continue to grow in understanding and friendship,” said University of Dallas President Thomas W. Keefe.

“Nostra Aetate,” Latin for “in our time,” focused particularly on Jewish-Catholic relations and initiated a wave of interreligious dialogue and collaboration between the two communities that has had enormous impact both in Dallas and throughout the world.

Rosen and Farrell will bring a message of peace and interreligious relations to the greater Dallas community through their joint keynote address, which will take the form of a dialogue.

Currently based in Jerusalem, Rosen served as chief rabbi of Ireland from 1979-1985. The recipient of a papal knighthood for his contribution to Jewish-Catholic reconciliation and a Commander of the British Empire by H.M. Queen Elizabeth II for his work promoting interfaith understanding and cooperation, Rosen has worked toward interfaith understanding for decades and across continents. As the international director of interreligious affairs, he oversees interfaith relations for one of the largest global Jewish advocacy groups in existence, the American Jewish Committee (AJC). Appreciation is extended to the AJC for his appearance at this event.

Farrell, the older brother of Dallas Diocese Bishop Kevin Farrell, has led the Pontifical Council for Promoting Christian Unity at the Vatican since 2002, serving Pope Francis, Pope Emeritus Benedict XVI and Pope St. John Paul II. He previously worked for the Vatican’s Secretariat of State from 1981-2002.