The university has named Jonathan J. Sanford dean of the Constantin College of Liberal Arts, the university's undergraduate college of liberal arts and sciences. A nationally recognized ethics scholar, Sanford previously served as associate vice president for academic affairs and professor of philosophy at Franciscan University of Steubenville (FUS). He will begin his new role on Aug. 17. 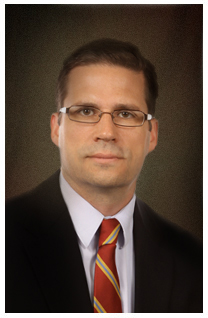 Dr. Sanfords vision and fit with the Constantin College of Liberal Arts stood out. The university is fortunate to have the benefit of his leadership and academic distinction, said University of Dallas Provost C.W. Eaker.

Sanford led the project to establish Franciscan University Press, which was founded in June 2014, and served as its first director. He also developed and oversaw faculty development funding at FUS and was a critical part of the creation and implementation of a new core curriculum. The leader and organizer of a number of symposia on Catholic higher education at FUS, Sanford was active in the university community, delivering lectures and informal talks for many different organizations and departments. In the wider Catholic community, Sanford recorded a yearlong radio series on metaphysics for a Catholic radio station and has been interviewed on occasion for EWTN and Relevant Radio.

A widely published author on the topics of virtue theory and metaphysics, Sanfords most recent book is Before Virtue: Assessing Contemporary Virtue Ethics.