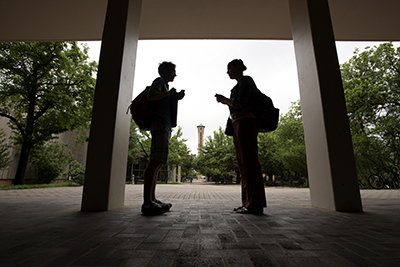 UD has been recognized by Washington Monthly as 15th among the 673 master's institutions ranked by the publication. The Washington, D.C.,-based political magazine ranks universities based on their contributions to the public good.

Among master's institutions, UD is ranked second among Catholic schools and third in Texas. It is the highest ranked school in Dallas/Fort Worth.

"We're pleased to be recognized by a ranking that ties so closely with our mission of educating students in the intellectual and moral virtues so that they may lead their communities and countries," said John Plotts, senior vice president for enrollment and student services.

Washington Monthly ranks schools based on their contribution to the public good in three broad categories: social mobility (recruiting and graduating low-income students), research (producing cutting-edge scholarship and doctorates) and service (encouraging students to give back to their country).

UD is classified as a master's institution according to the Carnegie Classification of Institutions of Higher Education. This is a technical classification based on the number of degrees UD awards.

Founded in 1969, Washington Monthly is a bimonthly nonprofit magazine covering politics, government, culture and the media. For more information about their college rankings criteria, visit  washingtonmonthly.com.