3 Things to Give Thanks for This Thanksgiving 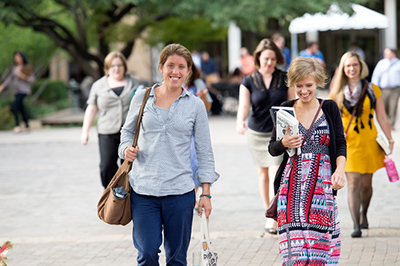 As we prepare to gather around the table this Thanksgiving with friends and family, feasting on mom’s homemade pumpkin roll and some delicious honey-glazed ham, we are reminded of all we have to give thanks for. At the University of Dallas, we have plenty to be thankful for, including these three achievements announced earlier this year:

In October, UD announced the largest-ever undergraduate enrollment in our university’s 60-year history, surpassing more than 1,400 students. “Even with this growth, however, we’ve continued to maintain or improve our academic student quality,” said Executive Vice President John Plotts.

This summer, MONEY Magazine listed UD as the top private college for merit aid in its list of “50 Best Private Colleges for Merit Aid.” Our first place distinction means that UD provides more merit-based financial aid to students than any other private college in the country. Currently, UD awards some 49 percent of students with merit aid, typically seen as scholarships, which is more than double the national average.