Alumna to Give 2016 Aquinas Lecture 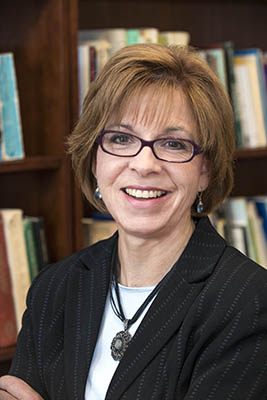 Titled “Aquinas as Ecstatic Aristotelian: Literary Reflections on the Summa theologiae,” Sweeney’s lecture will explore the ways in which Aristotelian and biblical authorities are deployed and intertwined in the Summa -- stretching, sometimes beyond the breaking point, the Aristotelian notions that function as the primary vehicle of explanation of the ideas of will, passion and virtue.

Sweeney is an expert on medieval philosophy, with an emphasis on the thought of the 12th and 13th centuries. She has written three books and approximately 30 articles on medieval philosophers, especially St. Anselm and St. Thomas Aquinas. After graduating from UD in 1979, she went on to obtain her doctorate from the University of Texas at Austin and is now a full professor at Boston College.

“Professor Sweeney is one of the most distinguished alumnae of the University of Dallas,” said Professor and Chair of Philosophy Philipp W. Rosemann, Ph.D. “The Philosophy Department is honored to welcome her back home.”

In addition to the public lecture, Sweeney will have lunch with the Philosophy Club at noon in SB Hall on Friday, Jan. 29; there will then be a graduate seminar at 2 p.m. in Gorman Faculty Lounge.

The Aquinas Lecture series, begun in 1983, is an annual event sponsored by the UD Philosophy Department. It features distinguished contemporary thinkers who address topics in the spirit of St. Thomas Aquinas. In recent years, Aquinas Lecturers have included luminaries such as Father Robert J. Spitzer, S.J., president of the Magis Center of Reason and Faith (Irvine, California), Robert George from Princeton University, William Desmond from the University of Louvain (Belgium), Thomas Hibbs from Baylor University, Timothy Noone from the Catholic University of America and John Milbank from the University of Nottingham (United Kingdom).