Meet the Class of 2020: Renaissance Man Aspires to Lead 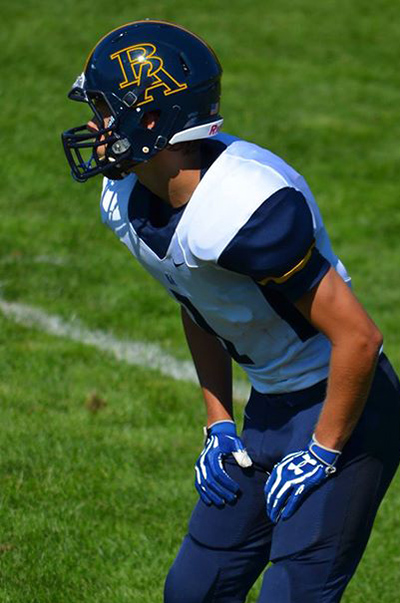 Adam Jace, incoming member of the Class of 2020, was born in New Zealand; he has also lived in Malaysia, Australia and Minnesota. Currently, he and his parents, brother and two sisters call Wisconsin home. While Jace has numerous interests and aspirations, career-wise he hopes to follow in his father’s footsteps to become a gifted CEO.

Jace made his way to the University of Dallas by way of Thomas Aquinas College in California, where he attended the two-week Great Books Summer Program. His older sister, Clara, had previously attended the same program, as well as summer programs at both Ave Maria University in Florida and UD. His sister’s experiences in the summer programs at these three schools had made Jace think that a Catholic school would be the route for him to take for college; he was already specifically attracted to UD because of the business program here. Then, during his time in the summer program at Thomas Aquinas, he met others who were also thinking about UD.

“I loved Thomas Aquinas College deeply and realized that the University of Dallas had the same principled student body but also the more business-like path I’ve always wanted to pursue,” said Jace.

Jace plans to double major in business and economics with a concentration in music. While he does plan to eventually get his MBA, he doesn’t think he’ll do the 4+1 accelerated MBA program.

“I’d prefer to get my MBA after at least a couple of years of work,” Jace said.

He doesn’t know precisely what type of work this will be, just that he wants to start a business career similar to that of his father, who is currently the CEO of Crisis Prevention Institute (CPI).

“I’m not sure yet the sort of first job I want to aim for, but hopefully my time at UD will clear up some of my current uncertainties,” said Jace.

Jace, who has played football for six years, tennis for two and baseball for two in addition to weight-lifting almost every day in the off-seasons, thinks he would like to become the ultimate Groundhog and play rugby at UD. Music is a significant part of his life, too; in fact, he got a scholarship from the Music Department. He plays piano and guitar in addition to singing.

A true member of iGen, Jace has a website, a YouTube channel and a Facebook page for his music. One of his hobbies is arranging and composing music. He also enjoys oil painting, drawing and making art in general; reading philosophy and economics books; undertaking electronic and woodworking projects, such as building a kayak, though he’s been too busy for that sort of thing recently; and playing basketball, football and tennis with friends. He serves Mass every other Sunday.

Jace thinks he might also run for a freshman class senator position at UD.

“I think it would be a superb opportunity for me to become a positive role model for my peers (something I always aspire to be) and learn useful skills present in a business environment,” said Jace.

Overall, Jace is looking forward to the freedom and opportunity that awaits him in college.

“I can’t wait to make awesome friends and learn a lot,” he said. “I really enjoy learning, and if I could, I would take every class, major in every subject and learn as much as possible.”